If you think the coming days will be better, there is little reason to be optimistic.

The France-Germany match that got affected due to the Paris terror 2015 attack is still fresh in our memories. With the increase of terrorism across the globe, it has slowly started affecting sports. Recently, a terror attack in Dhaka almost led to the cancellation England’s tour of Bangladesh. And who can forget the horrors of the 2009 Lahore bus attack which almost killed the entire Sri Lankan side? Terrorism has become an epidemic in the society.

If you think the coming days will be better, there is little reason to be optimistic. A new Islamic State magazine has made a very bold statement by encouraging attacks on two of Australia’s most iconic cricket stadium — Melbourne Cricket Ground (MCG )and Sydney Cricket Ground (SCG). The Editorial organisation name of that terrorist group is ‘Among the Believers are Men’ and revealed that one of their members Ezzit Raad was involved in the planning of blowing up MCG and SCG in 2005 and died in 2015 while fighting for IS.

As reported by news.com.au, that article also mentioned the following lines, “Kill them on the streets of Brunswick, Broadmeadows, Bankstown, and Bondi. Kill them at the MCG, the SCG, the Opera House, and even in their backyards. Stab them, shoot them, poison them, and run them down with your vehicles. Kill them wherever you find them until the hollowness of their arrogance is filled with terror and they find themselves on their knees with their backs broken under the weight of regret for having waged a war against the believers, and by Allah’s will, and then through your sacrifices, this Ummah [community of Muslims] will be victorious.” 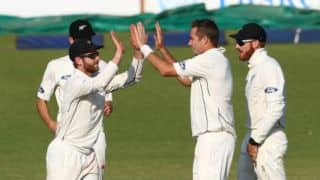