Observers have interpreted Smith and Bancroft's tell-all comments as effectively throwing the divisive Warner under the bus.

Cricket Australia chief Kevin Roberts Thursday denied explosive revelations about the ball-tampering scandal had isolated David Warner and made it untenable for him to return to the international game.

Both Cameron Bancroft and Steve Smith have given bombshell interviews in recent days as they re-emerge into public life after the incident in South Africa in March that rattled the sport.

Observers have interpreted their tell-all comments as effectively throwing the divisive Warner under the bus.

“In those comments, he has buried Dave Warner,” former Australian opener Michael Slater said of the Bancroft interview in which he blamed him as the instigator of the plot to use sandpaper to rough up the ball.

Bancroft claimed he went along “to fit in” and because he “didn’t know any better”.

Last week Smith also opened up about the incident, distancing himself from the plot while admitting he failed as a captain by turning a blind eye.

“I had the opportunity to stop it at that point rather than say, ‘I don’t want to know anything about it’,” he said.

Roberts said the timing of the interviews wasn’t ideal, given they have overshadowed the crucial third Test against India, with the series tied 1-1.

But he denied they impacted Warner’s chance of being brought back into the Australian fold.

“I don’t know if it does (make it harder for Warner). Our focus is to work with Dave, who I spoke to about three days ago, on his integration plan when he is eligible for selection again,” Roberts told SEN sports radio in Melbourne.

“Our focus is on how we proactively look forward and work with the players, rather than be concerned with what has happened in the past.”

He also questioned whether anything new came out of the interviews, given an investigation had previously pointed to Warner as the mastermind and he had admitted responsibility for his part.

Meanwhile Darren Lehmann, who was coach at the time but stepped down in the aftermath of the vitriolic fallout, said Bancroft should have talked to him or other staff if he felt suffocated by the pressure.

“Yeah he could’ve and should’ve come to us,” he told Macquarie Sports Radio, where he is commentating on the third Test.

“At the end of the day it was a mistake — we know that. A severe mistake made by the guys and a lot of people have suffered one way or the other through that. We know it shouldn’t have happened, but it did.”

Lehmann added that Smith should have had “more control” over the situation.

“Steve decided to turn a blind eye — I still can’t understand the pressures of captaining your country, it’s quite high you would think,” he said.

Smith and Warner were banned for a year from international and domestic cricket while Bancroft was suspended for nine months. He is due to make his return this weekend.

Warner is yet to respond to the latest revelations and former Australian wicketkeeper Adam Gilchrist, who conducted the interviews with Bancroft and Smith for Fox Sports, urged him to give his side of the story.

“There’s no doubt Davey Warner would be feeling so isolated at the moment,” said Gilchrist.

“I would encourage Dave to come out wherever and just be honest and as open as you need to be to get back to playing cricket.”

Like Roberts, some top former players said they were shocked by the timing of the interviews, and that Bancroft and Smith opted to give them, including Dean Jones who said they simply threw “more fuel on the fire”.

“Just keep quiet boys… do your time and play… that’s if they get that chance again,” he added on Twitter. 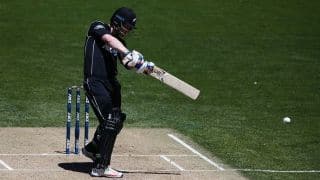 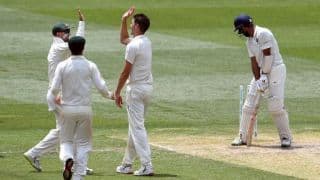