"If the conditions are like they were the last summer, then the subcontinent teams are going to have a massive role to play in the World Cup," said Pietersen.

Kevin Pietersen on Thursday said that the weather in England will decide who will win the 2019 ICC Cricket World Cup, which commences on May 30. Pietersen, who played 136 ODIs, 104 Tests and 37 Twenty20 Internationals, said that if the conditions remain dry like the last summer, the teams from subcontinent will be the front-runners to lift the coveted trophy.

The former England skipper, who is currently in India to commentate during the Indian Premier League 2019, highlighted that the introduction of the sub-air system, which takes out all the moisture from the ground, has had an impact on the wickets in England. (ALSO READ: IPL should not be the criterion for India s World Cup team selection: Rohit Sharma)

I think it is going to be weather dependent. Last summer was one of the beautiful summers since 1976. It was one of the hottest summers recorded in the UK. There was literally hardly any rain at all. Conditions were extremely dry, said Pietersen.

Playing in England, over the last many ever years, the conditions have changed. So, when I started playing for England in 2004, there was not that sub-air system underneath the grounds to take out all the moisture. So, we were to play a Test match at Lord s. Before the sub-air system came into the ground, if a huge rainstorm came across, that will be the day washed out. So, when I started my career it was amazing. As soon as the rain came, you knew it was your day off, he added. (ALSO READ: I don’t want to be Ashwin, says Kevin Pietersen on Jos Buttler Mankading)

Pietersen then cited an example to discuss how the sub-air system has affected the wickets in England.

But it changed. So, all the grounds employed it (sub-air system) the Trent Bridges, the Birmingham, the Lord s, which started it, and then it went to all the Test grounds to make sure they maximize the amount of time that (the match) was played. If the storm came through, the sub-air system will drag all the moisture and within an hour, they will mop up and you are back out playing. For a few, it is great. For the players, if you are in a good form and batting well at the moment, it is great or if you are going to win a Test match, it is fantastic, continued Pietersen.

However, it has had an impact on the wickets. We started a Test match against India (in 2000s), it was a green surface. By the end of Day 2, it was completely dry. We did not have any rain on the day. But the moisture that was sucking the system, made it dry, was completely depleting any grass on the wicket, Pietersen continued. (ALSO READ: Joe Root itching to win Ashes, but World Cup comes first)

While the South Africa-born England cricketer did highlight that hosts England are the favourites, with their approach of hitting a six from ball one, the seaming and swinging conditions, like the ones in West Indies where England lost the Test series and could only draw the ODI series can bring England s downfall.

That being said, if the conditions are like they were the last summer, then the subcontinent teams are going to have a massive role to play in the World Cup. If they are not, if it is horrible and green and seaming all over the place, I am sorry, Rohit, but it is going to play in to England s favour and in favour of those teams who cope well in those circumstances, said Pietersen. (READ: Morgan channels once-in-a-generation opportunity for England)

The one down side for the England though is that they have the license to go and hit out a six from the ball one and in those kinds of conditions, it is actually difficult, if it is swinging and seaming to have that license to go out there and mow it because we have seen in West Indies. On a wicket that did a bit, I think it was in Barbados, England, though, they have a formidable approach to the way they go, with the license to go and slog, they can get undone, concluded Pietersen. 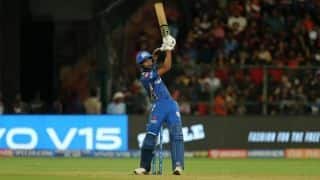 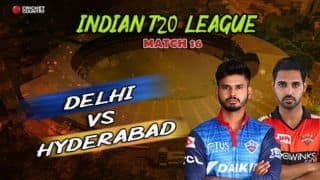