Hussain reckoned based on the fact that England had lost 0-4 to India when they toured there in 2016, they would not leave any stone unturned in their effort to thwart any effort by India to make a comeback in the series

Former England captain Nasser Hussain feels England would look to perform even better in Trent Bridge as it is payback time after their 0-4 loss to India in 2016. He also went ahead and said it is “men against boys” at the moment, criticising the lack of fight by India in the first Test apart from Virat Kohli putting up a brave front and their abject surrender at Lord’s in the second Test.

India were embarrassed by an innings and 159 runs in four days in a rain-interrupted Test at Lord’s, days after going down by 31 runs in the first test at Edgbaston, a game which ran that close primarily because of India captain Kohli’s 149 and 51 in the match.

“England are arguably the best in the world in these conditions but the real eye has to be on India – they have to be wary of the wheels completely falling off,” Hussain told Sky Sports Cricket looking ahead to Saturday’s third Test at Trent Bridge. “India are No 1 in the world and it was meant to be a gun, tight series but at the moment it is men against boys. Their curve is going in the wrong direction.” India have been shot out for 162, 107 and 130 in their last three innings.

“They were in the game for a long time last Test (at Edgbaston) but the back injury to Kohli is a concern, the fingers of (Ravichandran) Ashwin took a blow, the rest of their batting line-up continues to fail and there are no practice games in between.”

Hussain warned the Indian side to be wary of the English side in the Trent Bridge Test.

“They have got to dig really deep – there are some really good cricketers in that dressing room and they have to come out fighting. I don’t think it will be as tough as this – they can draw on the fact it’s been as hard as it can be – but Trent Bridge does a bit. (James) Anderson will be a threat, (Stuart) Broad got 8-15 there against Australia – these England players have fond memories, so it won’t get that much easier. This is payback time a little bit for England after losing 4-0 in India and I don’t see them letting up. I have seen that they are a hungry team. They won’t rest on their laurels, they want to get better and better,” he reckoned. 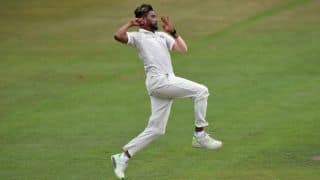 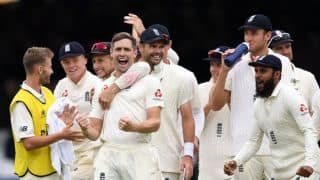