Alastair Cook said England were at the start of a journey, rather than the end of it, after becoming the world's number one Test side. 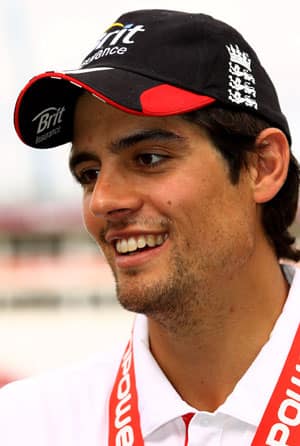 Alastair Cook said England were at the start of a journey, rather than the end of it, after becoming the world’s number one Test side.

Victory, achieved with more than a day to spare, gave England an unbeatable 3-0 lead in this four-match series and saw then climb to the top of the ICC standings for the first time since the system’s creation eight years ago.

This latest success was built upon Cook’s career-best 294, his 19th in all Tests and third in six matches this season.

The 26-year-old Essex opener is now just three shy of England’s all-time record Test century total and well on the way to becoming one of his country’s greatest batsmen.

Yet a year ago he was close to being dropped before reviving his career with a hundred against Pakistan at The Oval, the springboard for a triumphant tour of Australia where he scored 766 runs, including three centuries, as England won the Ashes 3-1.

And such is Cook’s confidence in both his own and England’s quest for self-improvement, he is adamant there will be complacency when they take the field for the fourth Test against India at The Oval starting on Thursday.

“I think we’re on the way to doing something special,” said Cook.

“But I think we’re still at the start of a journey, rather than the end of it. We will enjoy tonight (Saturday), and what we’ve achieved, but then come back in the next couple of days desperate to start again. That’s where this side is at.”

India’s much-vaunted batting line-up has failed to make the benchmark score of 300 in six innings so far this series, and indeed have yet to manage the 294 Cook compiled during England’s mammoth 710 for seven declared at Edgbaston.

“It’s just a lot of credit to the way our bowlers have bowled — the way we can build pressure continuously at both ends,” Cook said.

“All four bowlers, five if you include (the injured) Chris Tremlett, offer something different — and continue to prey on people’s weaknesses.

“It’s a pleasure to be the ball-shiner for them, because you know it gets rewards,” Cook explained.

“Our job as a batting unit is to try to give them some time off, so they can be as fresh as they can.”(AFP)