Ferguson has been down with cold a few times in his cricket career and even by his own admission, knew it was nothing more than a mild cold. 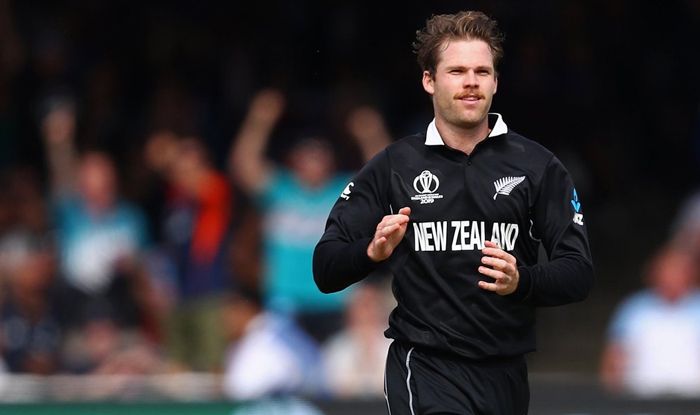 New Zealand quick Lockie Ferguson is back home healthy, but it wasn’t before he was given a scare by the New Zealand team management that it the soar throat he complained of could well be related to COVID-19 (novel Coronavirus) that has affected all walks of life across the globe. Thankfully for Ferguson, it was just a very mild cold but the fast bowler understood that although the whole thing was blown out of proportion, being asked to remain in isolation was the right thing to do amid the effect the virus has had around the global sports community.

“Certainly got a few texts on Saturday but I was quick to announce that it was only a few cold symptoms and happy to be home now,” Ferguson said upon arrival in Auckland on Sunday. “Probably a bit over-exaggerated as to how I was,” he said. “I just sort of had very, very mild cold symptoms and the procedures were as they were and followed by Tommy [Simsek, physio] and the support staff. Completely understandable. So yeah, kinda had a day in the hotel room by myself.

“It was strange certainly playing the game under the circumstances and with an empty crowd. For sure, that was an odd experience. At the same time, we were a little bit disappointed with how the game ended up. And yeah, that night I was sort of taken to get swabs and talked to the doctor there and fortunately all was good and yeah happy to be home.”

Ferguson has been down with cold a few times in his cricket career and even by his own admission, knew it was nothing more than a mild cold. And even when he was asked to remain in isolation, away from his teammates, Ferguson never quite hit the panic button.

“Um, from my point of view, I just thought it was normal small cold symptoms,” he said. “Get quite rundown from time to time playing cricket and travelling a bit. So not too unusual for me. But as I said, Tommy our physio and the doctors followed procedure as is needed. So yes, been 24 hours in isolation but that’s okay. And I’ll be honest, I actually felt good the next day I woke up. I was fine.”

The outbreak of the Coronavirus has effected sports, with cricket, football events around the world suspended, postponed or rescheduled. After the first ODI of the Chappell-Hadlee Trophy was played at an empty Sydney Cricket Ground, the New Zealand government imposed travel restrictions due to which the team had to return home. This was the third cricket series called off after the bilateral series between India and South Africa was rescheduled and England pulled the plug on their tour of Sri Lanka.

“We had pretty clear comms from our support staff. We knew if we got back tonight it’d be all good. So when we got the negative test for the virus last night we just took it as we can and then it was nice to come home today. Fortunately, it was only the day. So not too bad. They went home last night and just had to stay the one more night in Sydney. Not too many issues there,” Ferguson said.

“I think everyone in every industry is probably feeling it a little bit. Not just us in sport. Certainly we want to play cricket but under these circumstances we are following the directions of people in much higher power than me. Yeah just taking it in my stride but looking forward to playing cricket soon. So I’ll get back with the Aces boys tomorrow and see what the plan is going forward.”