It Was Quite a Special Occasion, Says New Zealand Spinner Ajaz Patel on His 10 Wickets in an Innings

It Was Quite a Special Occasion, Says New Zealand Spinner Ajaz Patel on His 10 Wickets in an Innings

Talking further about his historic achievement, Patel feels that there were elements of luck involved in him taking all ten Indian wickets in the first innings. 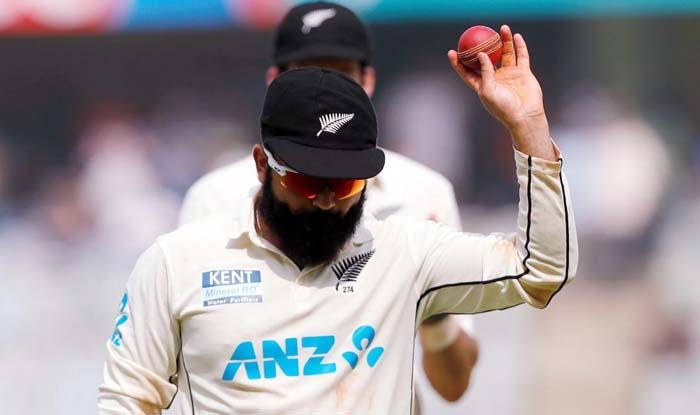 Auckland: New Zealand left-arm spinner Ajaz Patel reflected on his 10 wickets in a Test innings against India in the second Test at Mumbai, saying that it was quite a special occasion not only for him but for his family as well. The Mumbai-born Patel became just the third bowler after Jim Laker and Anil Kumble to take 10 wickets in a Test match innings when India were bowled out for 325 in the first innings. Patel finished with jaw-dropping figures of 10/119 from 47.5 overs.

“It was quite a special occasion, pretty cool for me, but especially for my family. The amount of support I’ve received from them over the years to be able to do what I do, it’s quite special to see the joy that it has brought to them. I thought the boys bowled really well, I guess it was fated that things were meant to happen at my end on the day,” said Patel on Mornings with Ian Smith show on SENZ.

Talking further about his historic achievement, Patel feels that there were elements of luck involved in him taking all ten Indian wickets in the first innings.

“I guess it has (sunk in), but at the same time, you mention it’s only been done three times, but I think there’s a lot of luck involved as well. Obviously, I put the ball in good areas, but things also have to go your way and it was one of those special innings where everything seemed to go my way in the sense that anything could happen from the other end.”

At the end of day one, Patel had four wickets in his bag was thought of taking another one on Saturday to get his name registered on honours board. Recollecting the thoughts from that day, Patel said, “I had four overnight and I remember leaving that day and having a look at the honours board and thinking how cool would it be to leave my name on the honours board in Mumbai.”

“To be honest I was only really thinking five at that point in time and I was like, ‘well I’ve still got to come back and get one tomorrow’. But obviously the way that it unfolded, it’s funny because when you get into such a long spell you’re not really thinking about the wickets, you’re just thinking about controlling one ball at a time. I was so focused on that.”

When the 33-year-old got his ninth wicket, the possibility of taking 10 wickets started to cross his mind. “I didn’t think too much about what was happening on the scoreboard until we got that ninth wicket and once I got it, I think I was two balls into the over, and I knew I had about four. I remember saying, ‘I feel like I’m under more pressure now than I have been all innings knowing I’ve got four balls to try and get this wicket’.”

Patel signed off by saying that he was very nervous when Rachin Ravindra was trying to take Mohammed Siraj’s catch at mid-on for completing the tenth wicket. “I was quite nervous for Rachin (Ravindra) under that high ball, he took an amazing catch, someone so young under so much pressure and with the crowd noise. It was quite a special moment not only for me, but everyone involved.” 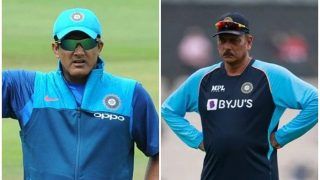 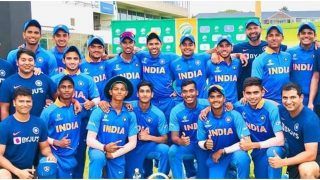 India U-19 Squad For Asia Cup And Preparatory Camp Announced