Australian captain Michael Clarke Friday said Ricky Ponting calling it quits had left him "numb" as the press paid tribute to a batsman they described as the best since Donald Bradman. 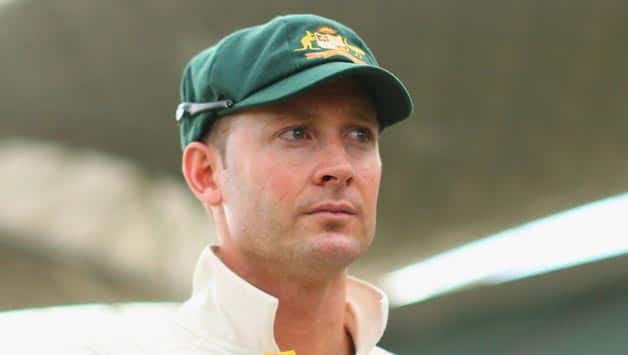 Australian captain Michael Clarke Friday said Ricky Ponting calling it quits had left him “numb” as the press paid tribute to a batsman they described as the best since Donald Bradman.
Ponting, who turns 38 next month, called time on his 17-year Test career on Thursday, with Friday’s clash with South Africa to be his last. In a column for News Limited newspapers, Clarke said Ponting was one of the greatest players to ever represent Australia.

“To stand in a room at the team hotel with all the players and support staff and listen to Ponting say this will be his last Test made me feel numb,” he wrote.
“Ricky is the last player in the team who began before me. He has been such a huge presence in Australian cricket it’s going to feel strange walking out to play Sri Lanka next month without him in the team.”

Clarke added that there was far more to Ponting than being the second greatest Test run scorer ever, behind Sachin Tendulkar, with 13,366 ahead of his last Test Friday. “He did so much the world never saw,” he said.

“As a leader I learnt a lot from him. The one thing that sticks in the front of my mind is that Punter always said to me you’ve got to make sure you’re leading from the front and scoring plenty of runs.

“He made it clear that was the easiest way to earn the respect of your team-mates.”

The announcement of his retirement was splashed on the front pages of newspapers Friday with The Australian hailing Ponting as “A master of cricket, also a great servant.”

“His career was epic in scale and scope as well as in achievement,” the newspaper’s Gideon Haigh wrote.

“So much so that it is tempting to treat his career as a kind of era.”

The Sydney Morning Herald said: “He’s given all, and Ponting knows it’s time” and called him “Australia’s supreme batsman in a supreme era, with Neil Harvey and Greg Chappell, one of the best three since Bradman”.

The Sydney Daily Telegraph also used ‘The Don’ as a comparison, declaring on its back page that he was “Best Since Don Bradman”. Tributes also flowed from fellow Australian greats, including Steve Waugh, with Ponting on Friday equalling his former captain’s record of 168 Test appearances.

“He was utterly dedicated to improving himself as a cricketer and he was always pretty much the first to training and the last to leave,” Waugh recalled in The Australian.”He never let his intensity slip, especially with his fielding drills. His stats speak for themselves, but it’s his attitude that always sticks in my mind.”