Yuzvendra Chahal might have established his credentials in the limited-overs cricket, the Test spot is still eluding the legspinner

Yuzvendra Chahal might have established his credentials in the limited-overs cricket, the Test spot is still eluding the legspinner. Since making his India debut in 2016, Chahal has played 34 ODIs and 27 T20Is, churning out match-winning performances and has also built a deadly partnership with fellow India spinner Kuldeep Yadav.

National duty forced him to miss red-ball cricket for almost two years but he’s back to playing first-class cricket and is steadily working towards his dream to don the Test whites one day.

“I am working towards it and it is a dream to play Test matches for India,” Chahal, who has an experience of 31 first-class matches, told The Times of India on Monday.

Currently he’s playing for Haryana in the ongoing Ranji Trophy where he has taken 10 wickets in two matches so far. He will be flying to Australia next in order to link up with India’s ODI squad that will take on the hosts in a three-match series next month.

The 28-year-old has taken 56 wickets in ODIs and averages a healthy 25.55. With the ICC World Cup 2019 just a few months away, Chahal feels that alongside chinaman Kuldeep, he has a strong chance of punching a ticket to England for the marquee event.

“If you go by our performance in the last one year, we stand a good chance and obviously we are contenders for a WC spot. But it is still a long way to go and I am not thinking about it as before that we have matches scheduled against Australia, New Zealand and then we have the IPL,” he said. 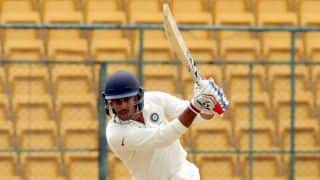