It's an exciting summer but our full focus is on Windies tour: Joe Root

It's an exciting summer but our full focus is on Windies tour: Joe Root

Joe Root is looking forward to an exciting summer that will see England first host the ICC World Cup followed by Ashes series.

Joe Root is looking forward to an exciting summer that will see England first host the ICC World Cup followed by Ashes series but insists that they are fully focused on winning the three-Test series against West Indies which starts from Wednesday.

“You can’t ignore it – it’s an exciting summer, with a huge amount of exciting cricket to come,” Root told BBC Sport on Wednesday. “It is something that everyone is really looking forward to. But a strong message in the dressing room is that our full focus is on this tour, to make sure we are doing everything we can to win this series.”

England arrive in the Caribbean on the back of a historical away series win against Sri Lanka last year and therefore start as the favourite. West Indies, on the other, hand arrive at home after suffering consecutive defeats at the hands of India and West Indies in the longest format. The home team can take solace from the fact that England haven’t won a Test series in the region in 51 years.

Root is hopeful England will be able to carry the winning momentum. “It would be great to carry on that momentum. The way we played in Sri Lanka, if we can transfer a lot of that into this series we’ll be really pleased by the end of it,” he said.

Since the retirement of Jonathan Trott, England haven’t been able to find an apt candidate for the crucial No. 3 spot. From Root to Moeen Ali, they have experimented with several options with Jonny Bairstow being the latest to have batted at the position.

He, however, has given a good account of himself having scored an emotional century in Sri Lanka from No. 3.

Root said the failure of top-order has been due to the difficult batting conditions and for him runs matter and not from where they are coming from.

“We are playing to our strengths. We have to manage expectations and understand that it might not be the top four who score the bulk of the runs. We have a very strong middle order and the wickets we have played on have generally been difficult at the start, putting pressure on the top order. As long as we are scoring enough runs to win games of cricket, that is the important thing.

He continued, “Maybe there will be more workload at the back end of an innings. That suits the way we set up at the moment – it’s important that the guys keep remembering that. Hopefully it will turn out that we score runs everywhere.” 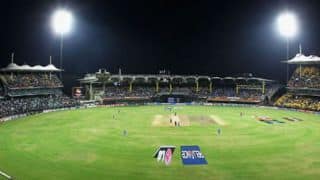