A good outing in the Indian T20 League may help him grab a spot in India's World Cup team but Kolkata captain Dinesh Karthik Saturday said he was not thinking much about the 50-over showpiece but rather focussing on the T20 tournament.

A good outing in the Indian T20 League may help him grab a spot in India’s World Cup team but Kolkata captain Dinesh Karthik Saturday said he was not thinking much about the 50-over showpiece but rather focussing on the T20 tournament. (ALSO READ: David Warner in spotlight as Hyderabad face Kolkata at Eden Gardens)

The veteran from Tamil Nadu found himself out of favour as the national selectors preferred a much younger Rishabh Pant for the reserve wicketkeeper’s slot in the final five ODIs, played against Australia at home, before the World Cup. (ALSO READ: Indian T20 League: Kolkata s full group-stage schedule)

Pant, however, failed to deliver in the series against Australia which India lost 2-3 and that brought Karthik back into the contention for the World Cup which begins on May 30 with his rich experience and the ability to play the finisher’s role in crunch situations.

“The lesser I think about the World Cup, the better for me. Every IPL is important for a player like me. This year’s IPL is also important like every year’s,” Karthik told reporters on the eve of Kolkata opening fixture against Sunrisers Hyderabad on Sunday.

“The most important thing for me is to do well for KKR and the team to do well. I am sure the World Cup will take care of itself for me,” said the 33-year-old wicketkeeper-batsman.

Asked whether he would look to play the finisher’s role for his side, Karthik said: “It depends on the situation. There are a lot of games last year where I ended up batting in the 17th over. Having experience is good, if I get an opportunity to play more overs, that will be a great opportunity for me to showcase my skills.”

Kolkata will open their campaign against the team which had eliminated them in the second qualifier last time with Rashid Khan emerging as the man of the match with a 10-ball 34 not out and with tidy figures of 3/19 while bowling.

“He is special bowler in T20s. We will do our best to tackle him within the game plan that we have,” Karthik said about Rashid.

“I think having said that, they have a very good bowling attack and it’s going to be a very interesting game with two good teams playing against each other.”

Karthik was all praise for the Eden Gardens pitch.

“The soil has changed a bit and that has provided a lot more pace and bounce. That’s something we have enjoyed as a team and we have embraced it,” he said.

“It’s one of the better wickets going around with lot of pace and bounce. Credit to the curator and Dada (Sourav Ganguly) for having such a sporting wicket throughout the year.” 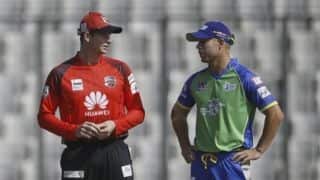 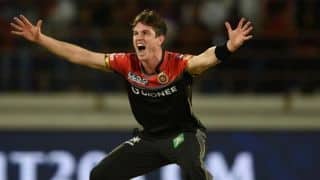