The official YouTube page of Lord’s Cricket Ground that recently ran a video-series on top 20 cricketers of 2015, has finally named the top two players.

The official YouTube page of Lord’s Cricket Ground that recently ran a video-series on top 20 cricketers of 2015, has finally named the top two players. The list that included the likes of AB de Villiers, Kumar Sangakkara, Stuart Broad, James Anderson and Younis Khan among others, has culminated with Joe Root and Steve Smith being named as the two best players in the same order. (Also read: Video: AB de Villiers, Kumar Sangakkara and Stuart Broad included in top 20 cricketers of 2015 by Lord’s)

Australian captain Smith, who was recently awarded with Sir Garfield Sobers Trophy for International Cricket Council (ICC) Cricketer of the Year 2015, couldn’t win here. His 1,734 runs in 13 Tests at an average of 82.57 and 1,249 runs in 26 One-Day Internationals (ODIs) at an average of just under 60 were eventually eclipsed by Englishman Root. (Related story: Video: Kane Williamson, Yasir Shah and Mitchell Starc in top 10 cricketers of 2015 by Lord’s)

England’s batting mainstay Root scored over 2,000 runs for his team in the calendar year. He was also the Man-of-the-Series in England’s victorious campaign during the Ashes 2015. Root also reached to the pinnacle in ICC Test rankings this year. While Root must be happy on this achievement, a certain Kane Williamson might be disappointed to miss out on a  spot on top three. He finished on No. 6 in this list, but easily deserved to be in the top five. 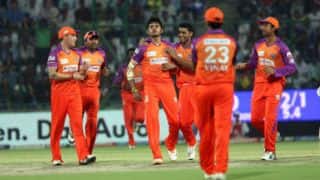 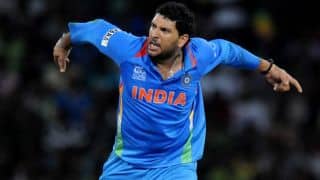