It was reported on Thursday that Tiwary had said that the BCCI needs to take a call on Dhoni's future.

One-time India batsman Manoj Tiwary has clarified that he has been misquoted relating to a comment on MS Dhoni‘s future as reported by various media outlets in India this week. Tiwary had, allegedly, stated in an interview that ‘the Indian team isn’t anyone’s personal property’ on being about the Indian skipper.

When contacted by CricketCountry on August 22, Tiwary said that this was not true and he has been misquoted. The Bengal captain had earlier in the day taken to twitter to cryptically suggest the same.

Silence can never be misquoted pic.twitter.com/VULEzJJ6zq

It was reported on Thursday that Tiwary, who has played 12 ODIs for India, had said that the BCCI needs to take a call on Dhoni’s future.

“Dhoni has done a lot for our country. He has made a lot of contributions to this team. Recently, Sachin Tendulkar said that it’s time for Dhoni to side-line himself, he has played a lot. Though Virat Kohli has said that the team needs Dhoni, I feel that the selectors need to take a tough call. It’s time to show courage, and it’s necessary to take the step.

I’m not sure if the selectors are giving Dhoni chances based on the past. There are a number of talented cricketers in our country, and they should get chances. The Indian team isn’t anyone’s personal property. It’s a team of the nation, and that needs to be kept in mind”.

The interview was attributed to the Bengali edition of the Indian Express which Tiwary did not deny had taken place, but maintained that he had been misquoted during the course of it.

Tiwary, 33, is known to be very vocal on social media and has been critical of various decisions by BCCI selectors at the domestic level. 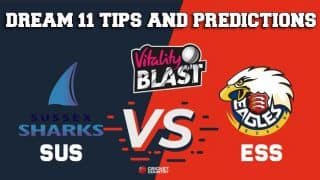 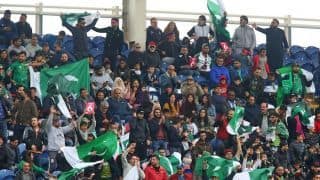