I’ve learned the most from MS Dhoni: Virat Kohli

I’ve learned the most from MS Dhoni: Virat Kohli

Asked to describe his own captaincy, Kohli replied that being positive was at the core of his philosophy.

India skipper Virat Kohli has revealed that the only captain he has gleaned any leadership skills from is MS Dhoni.

In an interview with Wisden Cricket Monthly, Kohli said that sharing a dressing room with and being close to the decorated Indian wicketkeeper-batsman on the field was a source of inspiration.

“Not really anyone before MS. I was always someone who kept talking to him about the game so even when I was really young, before I was made vice-captain, I would give him my suggestions, said the 29-year-old.

“I love thinking about the game and that’s why I enjoy captaincy so much and I enjoy chasing totals so much I love using my brain to figure out what needs to be done during the game. I’ve learned the most from MS, standing so close to him at slip so many times and just observing him at close quarters.”

Asked to describe his own captaincy, Kohli replied that being positive was at the core of his philosophy.

“I think every captain flushes in the mindset that he has himself to his team and I ve always played my cricket with positivity, said Kohli. When I do well or I don t do well, it s not about thinking twice, only going forward. Results are a bi-product of that mindset.

I just wanted to play cricket at this level and now I ve been given such an honour to captain my country, I cannot complain at all. It allows me to set the right example and work hard, so I can expect my teammates to work as hard. It has only helped me grow as a person and make me understand the game better and what needs to be done at different points of the game, or in life in general.

He added that giving total freedom to his players was central to India being a successful cricket team.

I believe in giving total freedom to the guys to go out there and play the way they want to, and to be fearless, said Kohli. You can make mistakes by being positive, lack of execution is fine, but hesitation is something that I cannot relate to myself so I would never want the players to play that way.” 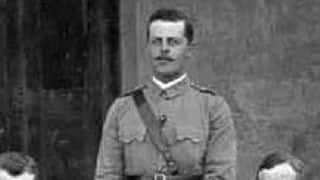