West Indies veteran Jackie Hendriks, who has been presented with the West Indies Cricket Board (WICB) Lifetime Achievement Award, spoke of his delight at receiving the honour. 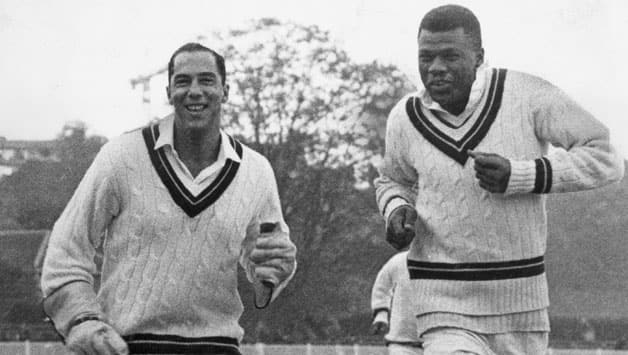 West Indies veteran Jackie Hendriks, who has been presented with the West Indies Cricket Board (WICB) Lifetime Achievement Award, spoke of his delight at receiving the honour.

It was a great honour,” said the former West Indies team manager. “I wasn’t expecting anything like that. I don’t know how deserving I was of it. Anyway, I was very happy to receive the award,” Hendriks said, as reported by www.westindiescricket.com

Talking about his playing career, Hendriks said, “it was well, it was just like any young West Indian player, you start playing at the lowest level, with ambition and so on. [I] had some success and eventually find [my] way into the West Indies team.

“It was a great sense of pride for me to wear the tie and the blazer. It was always a lot of fun. I played with some very marvellous people and it was enjoyable.”

Post-retirement, Hendriks was a part of the cricket board. “I was on the Jamaica Board, started off as assistant secretary and moving up eventually, in the ’90s I was elected as the president.

But it has been trying to give something back to cricket, which has given me so much. It was never looked upon as a chore or as a job. It’s something that (I) enjoyed doing because it was for cricket and, as far as I’m concerned, it is the greatest game in the world. “I’m so happy to know that today players are able to earn a good living playing cricket. But, in our days, it was really sort of a pastime, if you want to call it that. It was always the honour of playing for the West Indies, and for your country and school as well.”

Asked which particular moment he recalled fondly, he is quick to reply that of playing alongside Gary Sobers.

The award was given to the 79-year-old former Jamaica and West Indian wicketkeeper during the recent WICB/West Indies Player Association (WIPA) award ceremony at the Hyatt Regency Hotel in Port-of-Spain.

Hendriks scored 447 runs and picked 47 dismissals (43 catches and five stumpings) for West Indies. In his First-Class career, he has 1,568 runs to his name alongwith 190 dismissals behind the stumps (140 catches and 50 stumpings).