With no Gautam Gambhir, KKR have a huge void to fill.

Jacques Kallis is keeping busy despite international retirement four years back. The ace all-rounder was in Switzerland earlier this month, playing ice cricket. In just over a month’s time, he will be in India, coaching the Kolkata Knight Riders (KKR) in the IPL 2018.

The Kolkata-based side has found a new core and Kallis, who will be back in India in a month’s time as the side’s chief coach, is happy with the balance of that side.

“We have got an experienced side and our first XI, as of now, looks pretty settled,” Kallis told PTI.

Kolkata have bought the crux of the successful Indian under-19 side that won the World Cup earlier this month. Shubman Gill, Kamlesh Nagarkoti and Shivam Mavi are in the KKR squad.

“We have some very talented youngsters as back-ups. One positive thing about this year’s squad is that we have proper balance for home and away conditions,” Kallis said.

There is no Gautam Gambhir through. The southpaw after seven seasons with KKR, will return to Delhi and lead the Daredevils in the 11th edition of the tournament. The question arises that who will fill Gambhir’s void and fill into the captaincy role. Australian hard-hitter Chris Lynn is definitely an option.

Kallis named Lynn one of the contenders but revealed that the think-tank hasn’t decided on the captain yet.

“Yes, he is probably one of the candidates but we haven’t yet decided about it. May be, we will get to know in the next couple of weeks,” he signed off. 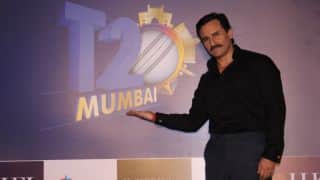