"Yusuf Pathan has had a couple of quiet games from time to time but he always comes right, too, season after season." - Jacques Kallis

Kolkata Knight Riders (KKR) pulled off a stunning victory against Royal Challengers Bangalore (RCB) in Match 30 of Indian Premier League (IPL) 2016 at Bengaluru’s Chinnaswamy Stadium. In the pursuit of 186-run target, KKR had a dodgy start and were 69 for 4 after 10.1 overs. It was Yusuf Pathan’s heroics with the bat that got his team over the lines even in crunch situation. Along with Andre Russell, he stitched up 96-run partnership for the 5th wicket that helped KKR sit comfortably at No. 3 in the points table. KKR coach Jacques Kallis seems to be happy with the team’s commanding show in this season. FULL CRICKET SCORECARD: Royal Challengers Bangalore vs Kolkata Knight Riders, IPL 2016, Match 30 at Bengaluru

“It’s not often you win a game in which you have never been in control, or even ahead until the final over. Having said that, I never felt we were out of the game. We were behind, and quite a long way behind with 10 overs to go, but T20 cricket is all about giving yourself a chance,” Kallis said in his column in Time of India.

Russell was awarded Player of the Match for his all-round performance. “Russell just gets better and better. Figures of 1 for 24 after bowling in the Powerplay are often match-changing by themselves but to then score 39 from 24 balls was a performance of rare brilliance.” Read: Yusuf Pathan disagrees with Sunil Gavaskar’s remarks on RCB bowling vs KKR in IPL 2016

However, Kallis showered praises on Yosuf for his unbeaten 29-ball 60. “It was no surprise to see Yusuf do what he did to win the game during the partnership of 96 with Andre. Sure, he has a couple of quiet games from time to time but he always comes right, too, season after season.”

IPL schedule has been taking a toll on the KKR players; and to stay away from the action and cool off, the team will be indulged in playing some Golf. “After the King’s XI game on Wednesday, we have a couple of days off during which we will again host our annual KKR Golf Day, one of my favourite events of the year. All the players will be involved with the non-regular players taking part in a putting competition after we have finished our 18 holes.” 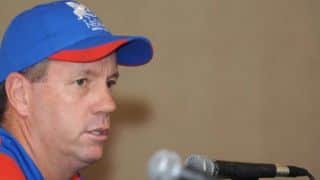