Cricket Association of Bengal (CAB) president Jagmohan Dalmiya has managed to convince Eden Gardens curator Prabir Mukherjee to return to the Eden Gardens after the latter was sidelined following his tiff with Indian captain MS Dhoni. 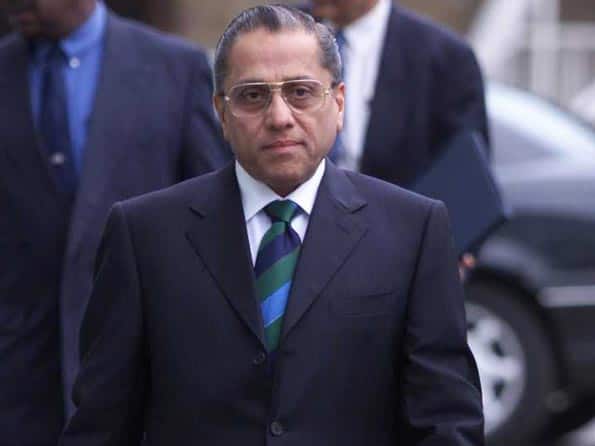 Hours after opting out of the Dec 5-9 India-England cricket Test in protest against his “humiliation and insult” and slamming Indian captain MS Dhoni, veteran Eden Gardens curator Prabir Mukherjee Saturday agreed to continue in the job following a meeting with CAB president Jagmohan Dalmiya.

“It was a successful meeting. He is going to stay in charge of Eden,” Dalmiya told mediapersons at his residence after the hour-long parley at which other CAB officials were also present.

“I think it is no issue. There was some misunderstanding. I think we are unnecessarily making it an issue,” said Dalmiya, in his bid to play down the controversy that started with Mukherjee shooting off a letter and seeking to stay away from the hallowed ground for a month citing medical reasons.

The curator also hit out at Dhoni, terming as “immoral and illogical” his insistence on a square turner from the opening day of the Test.

The seasoned cricket administrator, however, refused to divulge the content of the letter from Mukherjee.

“The letter is between me and curator. Not for discussion with any one of you.”

Dalmiya announced that Mukherjee will go to the Eden daily to look after the preparation of the track, but said he has been asked not to speak to the media.

“Though he will go daily, because of his physical condition, he may not be able to give his service for 14-16 hours. The problem arose because too much was being said. I have asked him not to speak to the media,” he said.

Dalmiya denied that there was any pressure from the Board of Control for Cricket in India (BCCI) to resolve the issue at the earliest.

In the morning, Mukherjee had dropped a bombshell by sending the letter to Dalmiya along with a medical certificate and opting to stay out of the Eden for a month.

The 83-year-old Mukherjee, who lost his only daughter and wife last May, told the media in the morning: “Last (Friday) evening I was not feeling good. I had high pressure. The doctors attended to me and told me to take rest for at least one month. Only six months back I lost my only daughter and wife. The condition at home is not at all well.”

However, he burst out when pressed further on the issue.

“Dhoni is openly asking for a square turner from the very first day. This is immoral. You (organisers) have taken money for a five-day Test match. But Dhoni is asking for square turner where the match will end in three days. You are robbing people of two days play.

“It is immoral and illogical to tamper with the pitch as per the liking of the captain. I have not done it in my life. So I want to get rid of it,” said Mukherjee, who has been the Eden curator for around 15 years.

Lashing out at Dhoni, he said: “You are on contract, you are getting crores from the board to play good cricket. The contract never said they will be allowed this (square turner).

Asked to spell out his idea of an ideal track, Mukherjee said: “I am of the belief that cricket is a batsman oriented game. Cricket should be played on a firm even bounce wicket.”

Saying the curator’s job was his passion, not a profession, Mukherjee said: “I don’t want to be a party to tampering the pitch at Eden Gardens. So that if anything goes wrong, I won’t be hanged.”

Mukherjee felt aggrieved after the BCCI, acting on Dhoni’s demand for a dust bowl, moved its East Zone curator Ashish Bhowmick to Eden to supervise the pitch preparation alongside the octogenarian.

A few days back BCCI secretary Sanjay Jagdale also called up CAB and spoke to Mukherjee asking him not to talk to the media and keep in mind the Indian captain’s wish regarding the track.

In Mumbai’s Wankhede stadium, the Indians were given a turner but the home spinners failed to come good on it. However, the English slow bowlers excelled, resulting in a 10-wicket triumph for the visitors.