Anurag Thakur and N Srinivasan have ended their dispute.

Only a few days have passed since Anurag Thakur, secretary of BCCI declared that ad-hoc committees will be formed which will oversee all the cricketing affairs in the states of Uttarakhand and Bihar. As per inside reports, the people who are currently delegated in the two committees are distinct from those Thakur had discussed casually with the President recently. Dalmiya is ill and it is learnt that the BJP leader Thakur is in charge of all the affairs with little help from Congress Leader Rajiv Shukla and IPL chairman. It’s been found that Dalmiya and Thakur had come to a collective agreement to pick two managers who have the knowledge of cricketing affairs in Uttarakhand and Bihar. READ: IPL verdict: Working group meets with Anurag Thakur, stakeholders

According to dnasyndication.com the concluding list had names of people outside these two states. This included BCCI general manager for game development Professor Ratnakar Shetty who was contemplated to be very close to former President, N Srinivasan. As per the constitution of BCCI, for the formation of any impromptu committee it has to first get clearance from the working committee. Such ad-hoc committees are mostly created after an emergent meeting of the working committee has been called. This time the decree wasn’t followed. ALSO READ: BCCI took ‘necessary step’ of protecting cricket in Bihar, Uttarakhand: Jagmohan Dalmiya

It needs to be mentioned here that Srinivisan had to vacate his seat because of the efforts of Cricket Association of BIhar (CAB) secretary Aditya Verma. Verma’s PIL in the Supreme Court had led to a cyclone of sorts. The PIL was filed after the IPL spot-fixing scandal came to light. As of now, Srinivasan is doing his best to ensure that the Verma-led CAB should not be given the power to make decisions for cricket in Bihar.

Thakur is now under the spell of Srinivasan– they ended their dispute during the ICC Annual Conference in Barbados. They plan to baffle Justice RM Lodha Committee. Bihar was forced to not take part in cricket for the last ten years. It is not clear how BCCI will go about running cricket in the two states from now on. The domestic calendar for the 2015-16 season is now ready. ALSO READ: Jagmohan Dalmiya re-elected CAB president for 8th consecutive term

Justice RM Lodha Committee had come up with a 82 point questionnaire to the BCCI and its associates. It wanted to know “what geographical criteria does apply while considering granting recognition to state cricket bodies”? Constitutional reforms will be proposed in the BCCI. The top guns are now feeling jittery. 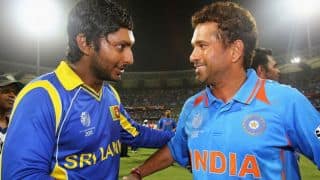