However much water has flown under the bridge since then as he has returned to head the BCCI.

Kolkata: BCCI President Jagmohan Dalmiya extended his reign at the Cricket Association of Bengal (CAB) for an eighth consecutive term as his panel continued in power without any opposition in a lacklustre 84th AGM at Eden Gardens here today. Rahul Dravid to mentor few of India’s most talented athletes

The 75-year-old, who is indisposed and is keeping away from interacting with the media of late, has been at the CAB’s helm since 1993 barring a 19-month hiatus after his expulsion by the Sharad Pawar-ruled BCCI on funds embezzlement charges in December 2006.

However much water has flown under the bridge since then as he has returned to head the BCCI in their last AGM. Dalmiya had heaved a sigh of relief in July 2007, when the Calcutta High Court dismissed the charges against him. Sourav Ganguly: CAB to ensure poll dates do not clash with ICC World T20I Final

He was exonerated as the BCCI was unable to prove its charge of financial irregularities against him.

After being allowed by the High Court to contest for the presidency of the Cricket Association of Bengal, Dalmiya silently made his return in 2008, a post he has held ever since with little challenge. Paras Mhambrey: Pacers must bowl fast even if they leak runs

Dalmiya’s panel, excluding joint secretary Sourav Ganguly, has one more year left in its three-year tenure. Having made his foray into cricket administration last year, the former India captain has two years left.

The only point of contention to the AGM that lasted less than hour was the CAB’s deficit of Rs 3.70 crore in the last financial year, a topic which was raised by senior politician Subrata Mukheree representing Ballygunge United. Suresh Raina hints support for Sreesanth, Ajit Chandila and Ankit Chavan

“They have been very vocal and passionate about the cricketing affairs and we need people like them in the AGM,” Sourav Ganguly later told media.

There were discussions on the ways to cut down on non-cricketing expense and more transparency in the budget so as to reduce the deficit in this fiscal. BCCI Marketing Team convene to discuss sponsorships for 4 upcoming home seasons 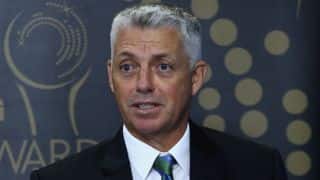 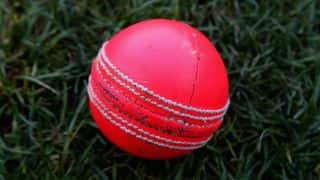