England and Nottinghamshire’s pacer Jake Ball is set to undergo scan on knee problem on Wednesday. Ball had to leave the field mid-over during the ongoing County clash between Nottinghamshire and Kent as the injury crept in. Ball had earlier missed out on England’s tour of West Indies due to the same injury. He, however, is in contention for a place in England’s Test squad, which will face South Africa in the first of the four-match series from July 6 at Lord’s.

Ball’s fellow Notthinghamshire and England’s senior pace bowler, Stuart Broad, has been rested from the current round of County championship due to discomfort in the left heel. Broad has been out of action ever since the five-match Test series against India in 2016-17. On the other hand, Ball was a part of England’s ICC Champions Trophy campaign, which came to a shocking end after his team’s defeat against Pakistan in semi-final.

Currently, Ball is awaiting the results of the scan. The youngster has so far featured in 3 Tests and will not want to miss out on another series. 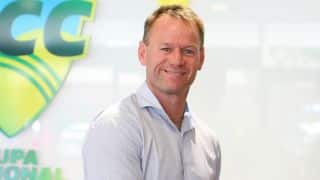