England's leading wicket-taker in Test James Anderson is concerned about youngsters liking towards limited over cricket because of it's glamour.

As reported by BBC sports, Anderson spoke about how Test cricket is fading away with T20 tournaments emerging world wide.

“I just pray there is enough love for Test cricket out there,” he said.

“With the way cricket is going and the amount of Twenty20 cricket around the world, there is that worry that more and more people will start doing it.”

“The next generation of players coming through might see that as a way to go if they want to find a career in cricket,” Anderson said.

With addition of pink ball and day-night Test concept Anderson believes limited overs attract more people as it is easier and result oriented.

“It’s a lot less hours on the field playing, it’s a lot easier on the body and the mind, and it potentially could be more [lucrative] in terms of the money they can make around the world.”

England lost Ashes 2017-18 by 4-0 but dominated the ODI series against Australia. In the on going ODI series with New Zealand they have managed to level the series 1-1.

“We want to try and play with the positivity the one-day side play with,” he said.

“In Test cricket, that can be difficult. We want to put the opposition under pressure whenever we get the chance,” he concluded.

England will play the 3rd ODI against New Zealand on March 3 at Westpac Stadium, Wellington. 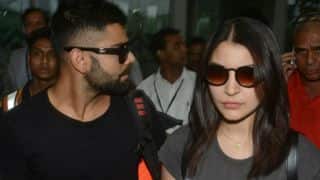