James Anderson became the first England bowler to 500 Test wickets and just the sixth in history when, having started the West Indies' second innings with 499 Test wickets.

James Anderson said he hoped to get “somewhere near” Australia great Glenn McGrath’s tally after joining Test cricket’s 500-wicket club at Lord’s on Friday. Anderson became the first England bowler to the landmark and just the sixth in history when, having started the West Indies‘ second innings with 499 Test wickets behind him, he clean bowled opener Kraigg Brathwaite. The 35-year-old Lancashire swing king was just the third paceman to take 500 Test wickets behind McGrath (563 Test wickets) and West Indies great Courtney Walsh (519). Anderson is the only active cricketer in the ‘500 club’, with the spin trio of Sri Lanka’s Muttiah Muralitharan (800 Test wickets), Australia’s Shane Warne (708) and India’s Anil Kumble (619), in common with McGrath and Walsh, all retired.

“I’m just trying to stay fit and stay on the field,” Anderson, set to be England’s spearhead during their upcoming Ashes defence in Australia, told Sky Sports after stumps.”I’m loving playing cricket at the moment. I just want to keep playing as long as possible,” he added.”If I keep on playing for the next couple of years I might get somewhere near (McGrath’s tally). After dismissing Brathwaite, Anderson produced a near unplayable delivery to bowl Kieran Powell for 45, the ball spearing into the left-hander only to cut away and clip the top of off stump.

West Indies were 93 for three, just 22 runs ahead, come the second day’s close, with England pressing for a series-clinching win in a three-Test contest currently level at 1-1. Anderson, as so often in his 129-Test career, led England’s attack with stumps figures of two for 17 in nine overs. But having been kept waiting for the landmark achievement since going wicketless in the second innings of West Indies’ series-levelling win at Headingley, Anderson said his main emotion at breaking the 500 barrier was one of relief.

“It’s a bit surreal,” the Lancashire paceman said. “I’m more relieved to get to get it out of the way, to be honest.”Anderson, who took his first Test wicket on debut against Zimbabwe at Lord’s in 2003, added: “It’s such a special place for me to get my first wicket and 500th here will live with me a long time.” But Anderson’s England career has not been one smooth upward curve. He had to wait to become established at Test level, missing England’s 2005 Ashes triumph after being unable to force his way into the ‘fab four’ pace attack of Matthew Hoggard, Stephen Harmison, Andrew Flintoff and Simon Jones.

Relegated to the role of net bowler with England, he suffered a stress fracture in 2006. But having forced his way back in, his England career blossomed.”There were some dark times,” recalled Anderson.”I got injured, left out of the side. It just made me more determined to improve. I knew I had some skills. I used to be able to bowl fast! I just tried to develop that and get back out there.”Nasser Hussain, the swing star’s first England captain who witnessed Anderson’s 500th Test wicket live at Lord’s in his current role as a Sky commentator, paid tribute to an “incredible talent”.”He was a boy from nowhere,” said Hussain. “He came in after another disaster of an Ashes tour and he was like a breath of fresh air. He was so different from anything I’d seen before,” the former Essex batsman added.

“I didn’t know him then and I don’t really know him now, to be honest but he’s an incredible talent. What we see is the end product. What we don’t see is what we don’t see — those years when he had to put out the cones in 2004-05 for that bowling attack, the injuries he’s had and all the pain he’s gone through. He won’t tell you much about it because he never does but he’s been a credit to his country.” 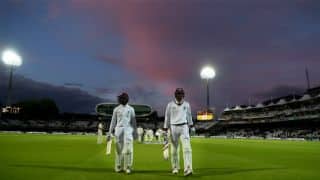 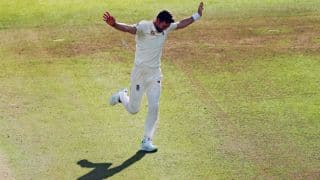