James Anderson is just 13 shy of the elusive 500-wicket group.

England s leading wicket taker in Test, James Anderson stands on the brink of history. He is 13 shy of the elusive 500-wicket group. However, he said that he is different than former skipper Alastair Cook, stating that Cook is more goal-oriented. For that matter, Cook is not far from away from the record we once thought was unbreakable. He his mere 4,596 runs short of breaking Sachin Tendulkar’s tally, and he is only 32 and in the best of his fitness. If Anderson is to be believed, Cook is more than likely to attain the improbable. Anderson then spoke in lengths about his Ashes 2017-18 plans and also moving ahead of Sir Ian Botham s tally of 383 scalps in 2015.

Speaking exclusively to dailymail.co.uk, Anderson said, “I’ll go into this series with the same mindset as against South Africa and just try to do my job. I’ll try to bowl well with the new ball and make an impact when the captain brings me back and that’s as simple as I keep it. If I think about anything else I don’t bowl at my best.” Talking about joining the 500 club, he sounded elated. “Yes, getting to 500 wickets would be a milestone but it’s not what drives me on. ‘I’m different to Alastair Cook who is goal orientated,” Anderson explained. Already having played 125 Tests for England, Anderson spoke about his journey so far. “It’s difficult to put into words but even when I talk about this I always get drawn back to the team, the people I’ve played with. The friends I’ve made. That means more to me than the amount of wickets I’ve got,” he added.

He sounded elated when asked about how he felt surpassing Botham’s wicket tally. “Going past Beefy was very special because no Englishman had ever taken that many wickets. It was a big deal and the whole experience, having my family there in Antigua and Beefy waiting for me on the outfield, was incredible. Reaching 400 was great but not like going past Beefy so I don’t know what I’ll feel when sorry if I get to 500.”

Anderson made it sure that he wants to play the upcoming Ashes 2017-18 in Australia. “I definitely want to play in the last three. I’ve had a few disappointing trips to Australia and having tasted victory down there I feel we’ve got a really good chance this time,” he stated

“‘I definitely want to play in the last three. I’ve had a few disappointing trips to Australia and having tasted victory down there I feel we’ve got a really good chance this time,” he concluded. 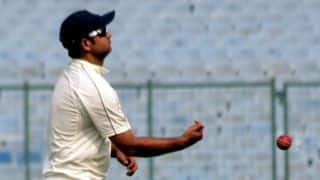 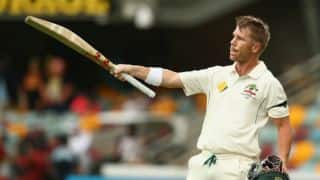