Anderson underwent a scan on Wednesday which further confirmed that the issue was related to bone, which usually take six to eight weeks to heal fully. England fast bowler James Anderson will take no further part in the remainder of the South Africa tour having suffered a rib injury. In just his second Test since returning to play for England, Anderson sustained the injury on the final day of the Cape Town Test, but continued to bowl despite the pain since England were pressing for victory.

Anderson, who is the leading Test wicket-taker among fast bowlers underwent a scan on Wednesday which further confirmed that the issue was related to bone, which usually take six to eight weeks to heal fully, ESPNCricinfo reported. As per latest update, Anderson will fly back to England for rehabilitation.

“Frustrating to be missing the rest of this series with a broken rib but hopefully will be healed in a few weeks!” Anderson wrote. “Will be supporting the boys from home.”

Anderson’s injury setback is a blow not just for him but even for England, who head into the final Test with the series locked at 1-1. He picked up 5/40 in the Cape Town Test, becoming the oldest England seamer since Freddie Brown to claim a five-wicket-haul in Test cricket, which England on by 189 runs.

At 37, with another injury, there will be doubts over Anderson’s future, although he has expressed his desire to carry on a little longer. Not too long ago, an injured shoulder had kept him out of action for nearly six months. He is fourth on the list of leading wicket-takers in Test cricket with 584 wickets, meaning he is just 16 short of becoming only the fourth bowler to grab 600 wickets. 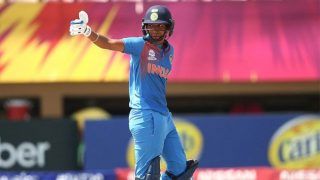