India lost their key batsman Rohit Sharma on the second over itself of the final day.

India lost their key batsman Rohit Sharma on the second over itself of the final day as they slipped to 112 for five chasing 445 runs to win against England in the third Test match at Southampton. 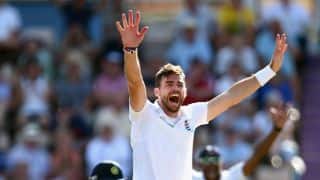