It was a smooth cricketing journey for James Muirhead until he hurt his wrist during the 2014-15 domestic seasons and also played through niggles, hoping for things to fall in place

James Muirhead who represented Australia last in ICC World T20 2014 has insisted is in no rush to make his presence felt in the national side back again. He has also captained in Shield game but did face some difficulties to bowl and has so far had a roller coaster ride. It was a smooth cricketing journey for Muirhead until he hurt his wrist during the 2014-15 domestic seasons. The leg spinner played through niggles, hoping for things to fall in place. But as it turned out, the bowler, who was known for the revolutions on the ball, accuracy and bounce, seemed to have lost his tricks. ALSO READ: ICC World T20 2014: Tournament sees revival of leg-spin

Murihead spoke to cricket.com.au and said, “I’ve had a taste of the highest level, I know what it feels like now. Right now I’m playing club cricket in England but slowly I’m working my way back. I’m not in a rush – it might take me another three or four years, maybe even longer. Robby Quiney said to me, ‘Jimmy, you’ve had these highs and lows at the age of 21, 22. You’re lucky you’re having them now and not at 29, 30’.” Currently, Muirhead is playing club cricket in England after being roped in by Greenfield CC for the 2016 season and is confident of making comeback in international cricket.

He further added, “I’ve learned from these lows that I’ve had and pushed through it. That’s the way I’ve looked at this last 12 to 24 months. I know I’ll get back there. I’ve always been a positive person and I’ve always had that inner self-belief. The people who have succeeded in professional sport have always had that confidence. I thrive on that and when I’m going well, I feel like I’m unstoppable.” Muirhead is working closely with Brad Hogg to get better with his bowling skills and explained why Hogg is the go to man, “I purely and solely work with Brad Hogg at the moment. He’s the person I talk to whenever I need some help. We stay in touch quite regularly. He’s someone that I trust with anything to do with my career, on-field or off-field, he’s the guy I talk to. I’ve had a lot of coaches over the years and I’m not saying they’re bad, but Hoggy’s the man.” ALSO READ: Warne to tutor Muirhead on playing mind games

He further added, “Without me even asking he gives me a phone-call, just checking in. That has got a lot of respect from me and now I’ve got that trust (in him). Hopefully I’ll have a long career working with him. He doesn’t tell you a lot about technique. He knows how I think and he knows exactly what I need to do to perform well and he’s done it before. He’s played in World Cups for Australia and played in all formats for Australia, which is something I want to do.”

In hindsight, Hogg also heaped praises for the young lad and compared him to spin great Shane Warne “He’s a fantastic talent. I just think he needs to get his mind right and switch on. He’s got as many revs on it as Shane Warne had on it. He’s got a great wrist, it’s just a matter of him getting the confidence and getting back into the longer form of the game and getting the ball (to land) on a penny.” 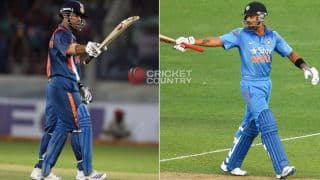 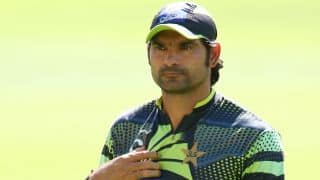