Siddle is unable to fulfil his scheduled spell at Trent Bridge due to a back injury, but Nottinghamshire have moved quickly to secure the services of Pattinson.

Londres: Australia pace bowler James Pattinson has joined Nottinghamshire as the English county’s overseas replacement for compatriot Peter Siddle. Siddle is unable to fulfil his scheduled spell at Trent Bridge due to a back injury, but Nottinghamshire have moved quickly to secure the services of Pattinson. Pattinson has taken 70 wickets at an average of 26.15 in 17 Tests for Australia. His English-born older brother Darren won the County Championship with Nottinghamshire and played a single Test for England in 2008. Pattinson will play first-class and 50-over cricket for Nottinghamshire until the end of June. “As soon as James became available as a replacement, we knew he was a great option,” Notts head coach Peter Moores said. James Pattinson urged selectors not to consider him for India tour

“He’s got real pace and he’s very aggressive, which is the way we want to play our cricket. Pace creates opportunities, so he gives us a wicket-taking option in both Championship and 50-over matches. We’ve seen that from him when he’s played international cricket. That ability to open up sides on flat pitches is what we’re really looking at. That’s the kind of thing that wins you games.” Earlier, Pattinson has revealed that he had asked the national selectors not to consider him for the ongoing four-match Test series against India, reported ANI.

The reason for him doing so was the fear that a premature return to Test cricket could result in a recurrence of the injuries that have plagued his career. The 26-year-old pacer, who has broken down while playing for Australia no fewer than four times since his debut in 2011, said he had asked the selectors to let him play a sequence of Sheffield Shield matches before considering his Test return, added ANI. 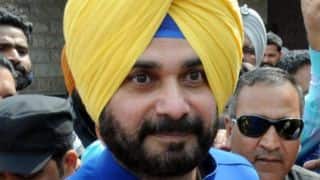 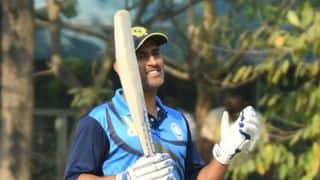