Jammu and Kashmir (J&K) Minister for Medical Education, Youth Services and Sports, Taj Mohi ud Din on Friday congratulated the state’s cricket team for reaching the quarter-final of the Ranji Trophy this year.

This is the first time in the history of Ranji Trophy that Jammu and Kashmir cricket team has reached the quarter-finals.

In a message to the team and its players, the minister hoped that the coming times would bring more and more success for the team.

He hoped that brighter and sharp players would come out of the state who would bring laurels to not only the state but the country as well.
Taj said, like any other field, J&K possesses rich talent even in sports as well. The minister also said that the state government has initiated a drive to strengthen and expand sports infrastructure in the state.

He said more and more facilities are being added to the existing stadia and asked youth to avail these facilities. 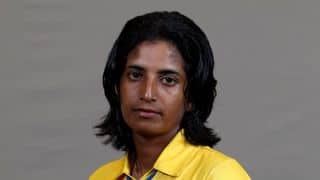 Dale Steyn to continue to use secret variation