The devastating floods that hit the state has left the two cricket grounds in deplorable condition.

The Board of Control for Cricket in India (BCCI) has decided to shift Jammu and Kashmir‘s Ranji Trophy home matches to Mohali, following the devastating floods that hit the state which has left the two cricket grounds in deplorable condition.

“Recently, we have taken a decision that due to the natural calamity in Jammu and Kashmir, Punjab Cricket Association have come forward, and all of Jammu and Kashmir’s home games will be played at Mohali,” BCCI secretary Sanjay Patel told reporters.

The northern Indian state of Jammu and Kashmir has suffered extensive damage to life and property since the beginning of September because several rivers were in spate due to torrential rainfall. The Indian domestic season begins with the Vijay Hazare one-day competition on November 7. 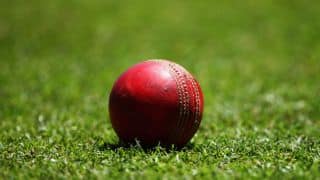