Jason Behrendorff is likely to miss Sheffield Shield matches and BBL due to recurring shoulder injury.

Jason Behrendorff s cricket career has been limited to sporadic appearances, courtesy a back injury in 2015. He suffered a serious back fracture then. Behrendorff was told his back injury might never heal. Another back injury sees Behrendorff missing the Sheffield Shield matches. He is also unlikely to make it on time for Big Bash League (BBL) that goes underway in two weeks.

However, even if Behrendorff does make it on time for T20 league, his back injury might keep him away from the longer format. Australia are anyway caught in their selection conundrum. Another additional player would just add fuel to the fire. However, he is Australia s exciting talent. The bowler had earned accolades during the India T20I series in October. Although he ended with 4 wickets, they were the crucial wickets of batsmen Virat Kohli, Rohit Sharma, Shikhar Dhawan and Manish Pandey.

Last summer, Behrendorff snared 9 for 37 against Victoria in an innings. With his persistent back pain, Behrendorff is restricted to white ball cricket. However, the 27-year old is determined to make Test debut. In a chat with cricket.com.au, Behrendorff expressed his desire.

On his back injury

I was struggling to put my shoes on. As much as I wanted to bowl, I couldn’t even physically run very well. It can be quite debilitating at times.

On making Test debut for Australia

I don’t think plans change really. It’s the nature of the beast. Ideally I’ll get my back in a position where I’m ready to go in four-day cricket again. Whether it is this year, next year, whenever it is. I’ll still be wanting to get that red ball or pink ball back in my hand. 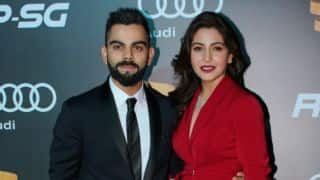