Chances given to triple-century maker Azhar Ali and extras conceded were key factors in the West Indies' loss to Pakistan in the first Test, skipper Jason Holder has said.

Dubai: Chances given to triple-century maker Azhar Ali and extras conceded were key factors in the West Indies‘ loss to Pakistan in the first Test, skipper Jason Holder has said. The West Indies lost to Pakistan by 56 runs despite Darren Bravo leading the fight with his eighth Test century that took the game into the final hour on the fifth day on October 17, reports CMC. Azhar, who scored 302 not out in the first innings, was dropped twice – first by Leon Johnson when on 17 and then by Jermaine Blackwood when on 190. “Obviously credit must go to Azhar Ali, I thought he played really well. We put him down; at that stage if we would have held him, we would have had a new batsman in,” Holder said on Tuesday. FULL CRICKET SCORECARD: Pakistan vs West Indies, 2nd Test at Abu Dhabi

“But that’s cricket. If you look at it critically, it’s those one or two chances that we missed. In the second innings, Babar Azam getting out with a no-ball. Things like this, if we negate them, then we have less problems going forward.” Holder says the bowlers need to improve their approach to the wicket to end the rate of front-foot-no-balls, especially pacer Shannon Gabriel. The Trinidadian fast bowler delivered 11 no-balls in the entire match, including 10 in the first innings. Pakistan vs West Indies 1st Test: Jason Holder hails Darren Bravo s ton despite defeat

“It’s definitely an area we need to improve on but if you look at the scorecard, there were a few no-balls from both sides. It’s something we have to pay attention to, Shannon was probably our head culprit,” Holder declared. “But again, he’s that kind of bowler; he runs in and gives it his all. Having said that, the amount of no-balls he bowled was unacceptable and hopefully he can correct it going forward in the next Test match.” The second Test will be played at Abu Dhbai from Friday. 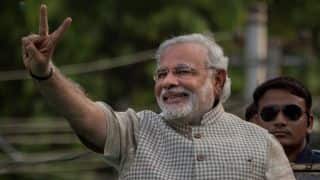