"The records are fantastic obviously, and it's a nice reward for the hard work we have put in."

Jason Roy anchored England‘s innings while chasing 310 in the fourth ODI against Australia. England won comfortably, inside 45 overs. Roy added 174 with Jonny Bairstow to the opening wicket. They both have now shared five century stands for the first wicket, more than any other England pair at this level. Talking on the same, Roy pointed out wins in these series are stepping stones to World Cup 2019.

“The records are fantastic obviously, and it’s a nice reward for the hard work we have put in,” said Roy, “[but] our main aim is to make sure these are just stepping stones to the bigger picture, the World Cup. It’s great breaking all the records and stuff but at the end of the day, the aim is to have this confidence come the World Cup.”

Roy has only scored 6 hundreds in 89 ODI appearances. He has faced criticism at time, even when he was out for a 3-ball duck bowled by Billy Stanlake at The Oval last week. That dismissal meant Roy had gone 9 innings without a fifty, but he never lost faith in his own ability: “It was interesting hearing that I was struggling, I got a couple of forties, and obviously those aren’t good enough as an opener. I felt pretty good in New Zealand … Just didn’t get a big score … I just wasn’t kicking on.”

Roy’s main ambition, though, is to help England, whose lone major global limited overs title remains the 2010 World T20 in the Caribbean, win another ‘white-ball’ trophy: “As a kid I did look up to the Champions Trophy and wanted to play well. But I got dropped and that was heartbreaking for me so going away and putting in the hard work, I know I’m going to get my rewards. Let’s hope this time next year I’m at the World Cup, I’m in decent form and can win some games for the team.”

England faced a shocking defeat against Scotland prior to the Australia series. However, Roy says there has been no special training against Australia: “It’s not a surprise. We are working extremely hard. We have put in a lot of hard work and deserve the results we are getting. We are all very good friends. It’s just a case of wanting the best out of your mate. It’s pretty simple.” 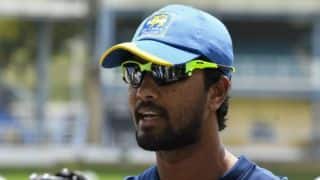 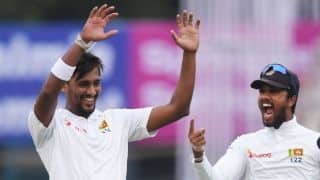