Bumrah also revealed that during the initial days of his career, people did not believe in his abilities due to his unorthodox bowling action.

India’s ace pacer Jasprit Bumrah on Sunday burst a common belief that he broke into the national side on the basis of Indian Premier League performances. Stressing on his domestic stats as being the primary reason for his promotion to the top level, Bumrah said he risen in the ranks in the senior side after performing consistently in the home circuit.

Bumrah also revealed that during the initial days of his career, people did not believe in his abilities due to his unorthodox bowling action. The 26-year-old pacer spoke about the challenges during an Instagram live session with former India all-rounder Yuvraj Singh and also stressed on the importance of Test cricket.

“Bowlers come up to me and say ODI, T20 is okay. But they forget, Tests make you a complete cricketer,” Bumrah to Yuvraj.

Bumrah rose rapidly to become one of the leading fast bowlers in the world but he says many thought that he would be the “last person to play for India”.

When Yuvraj asked Bumrah to talk about his bowling action, the pacer replied: “Many people told me that I won’t play for long, there was an expectation that the last person to play for the country would be me. They told me that I would just play the Ranji Trophy. But I kept on improving and I persisted with my action”.

He managed to pick up six wickets in the series, however, the side lost the two-match series 0-2 and this proved as their first defeat in the World Test Championship.

Bumrah is currently ranked as the number two bowler in the ICC ODI rankings while he is on the seventh spot in the Test rankings.

He is now regarded as one of the best fast bowlers in the business with 104 wickets under his belt in 64 ODIs and 68 scalps in 14 Test matches. Bowling to Virat Kohli And Rohit Sharma Will be my Greatest Challenge at T20 World Cup: Haris Rauf 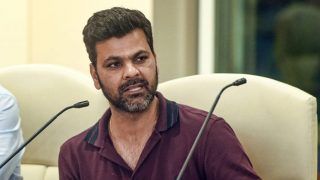