Jasprit Bumrah is rewriting the record books in the fifth Test match played between England and India at Edgbaston.

England vs India, Edgbaston Test: India stand-in captain Jasprit Bumrah created yet another record in the fifth Test against England at Edgbaston as he overtook Bhuvneshwar Kumar and Zaheer Khan to take most wickets by an Indian bowler during a Test series in England. Bumrah returned with figures of 3 for 68 in the first innings of the Test that took his tally to 21 wickets in the series (2021-22).

Bhuvneshwar Kumar was leading the list up until now with 19 wickets that he took in 2014 series, followed by former India great Zaheer Khan who had taken 18 wickets in 2007 series. The other notable names in the list include Ishant Sharma with 18 wickets and former India leg-spinner Subhash Gupte (17 wickets).

Bumrah also made the headlines in the first session of the second day’s play when he smashed a record 35 runs off the over of Stuart Broad – highest ever in Test cricket, going past Brian Lara, George Bailey and Keshav Maharaj who scored 28 runs in one over.

The debutant India captain also starred with the ball in hand as he got rid of both the English openers along with Ollie Pope in the first innings, pushing England on the back foot. Former England catain Joe Root and Jonny Bairstow had their task cut out to rebuild the innings after Bumrah made early in roads into the England batting.

India are in the driver’s seat right now with a lead of 257 runs going into the fourth day of the Test match with seven wickets in hand. 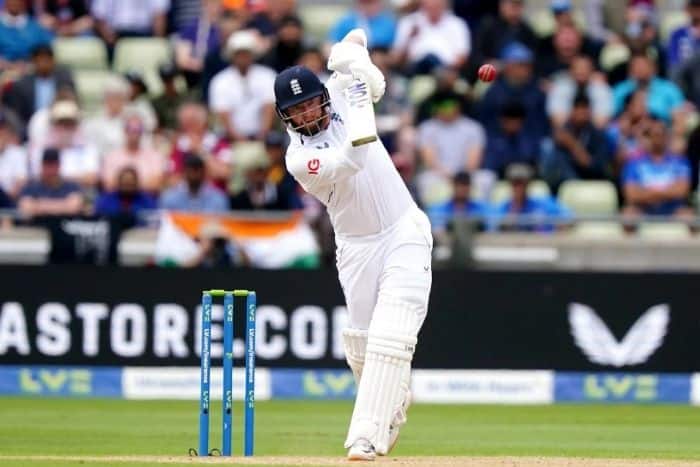 IND vs ENG: I Have Not Seen Bairstow Play A Single Reckless Shot Of Late, Says Nasser Hussain