In 2020, Bumrah won the prestigious Polly Umrigar award apart from annexing the Dilip Sardesai honour for his exploits in international cricket in the 2018-19 season. Jasprit Bumrah has been pivotal to India’s ascension in the bowling department. In 2019, the fast-bowler not only emerged as India’s pace spearhead in all three formats of the game but also became one of the best bowlers of the world. He finished 2019 as the numero uno bowler in one-day cricket while occupying the sixth spot in ICC Test bowlers rankings.

On Sunday, Bumrah completed four years in international cricket having made his Twenty20 International debut against Australia in Adelaide.

Bumrah first grabbed eyeballs when he hogged the limelight for his unorthodox action which got him an Indian Premier League (IPL) contract with Mumbai Indians. It is also believed that it is here where Sri Lankan legend Lasith Malinga nurtured him and helped him develop his yorkers.

He did not limit his performance to the cash-rich league, but also proved what a vital bowler he was for Gujarat. In the 2015-16 domestic season, he emerged as the second-highest wicket-taker in Ranji Trophy and topped the bowling charts in the Vijay Hazare Trophy – that comprised of a five-for in the List-A final that gave Gujarat their maiden one-day title.

These performances brought him in the reckoning, and then with an untimely injury to Mohammed Shami in 2016, Bumrah was on the flight to Australia. In his maiden series, he emerged as the highest wicket-taker for the country as India whitewashed Australia 3-0 in T20Is where he scalped three wickets. With his solid show in the T20Is, he was awarded the ODI cap as well in the same tour of Australia.

The world’s number one ODI bowler finally made his Test debut during India’s tour of South Africa in January 2018 and has been a success ever since picking five-wicket hauls in South Africa, England, Australia and West Indies and becoming the only Asian bowler to do so.

Injuries have hampered Bumrah’s career. Last year, he was unfortunately ruled out of South Africa and Bangladesh series owing to a stress fracture on his lower back. In the first T20I against New Zealand, he twisted his ankle during the last over. However, the niggle turned out to be nothing serious as he was included in the playing XI for the second T20I.

In 2020, Bumrah won the prestigious Polly Umrigar award apart from annexing the Dilip Sardesai honour for his exploits in international cricket in the 2018-19 season. 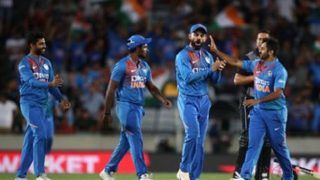 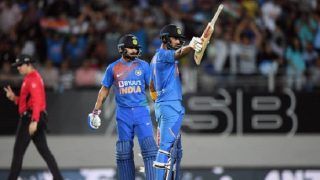