Jasprit Bumrah has always been quite candid about cricket. From his earlier days of oblivion , to now spearheading India in T20 and ODI cricket, Bumrah’s rise has been staggering. Now in an interview to ESPNCricinfo, Bumrah has opened on his cricketing experience thus far. Burmah even went on to say that free food can be one factor of bringing in crowds in the stadium.

He also said that playing cricket for India is his childhood dream. Apart from Indian T20 League, Bumrah is also a fan of Big Bash League (BBL). Bumrah’s all time favourite is Mitchell Johnson because of his aggression on the field. Johnson was associated with Mumbai franchise when Bumrah was just starting off.

Bumrah also went to give his mantra of bowling accurate yorker. He said that maintaining a steady head is the key bowling a perfect yorker. 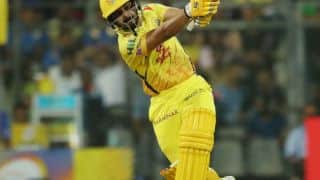