The Indian team management, as part of its policy, wanted to have "a word" with both players while checking their fitness levels. In what will be good news to Team India fans, fast bowler Jasprit Bumrah was seen steaming in and showed no signs of rustiness during his session with trainer Nick Webb at the team’s optional practice session in Visakhapatnam on Tuesday. Bumrah, who has been out of action with a stress fracture, is expected to be back in the team for the New Zealand tour next year.

Prithvi Shaw, who has completed his eight-month doping ban, was also spotted training in Vizag. Shaw, who made a successful comeback for Mumbai in domestic cricket, was wearing a plain T-shirt and was having a chat with Webb.

According to a report in PTI, the Indian team management, as part of its policy, wanted to have “a word” with both players while checking their fitness levels.

A peek into the training session was an indicator that re-induction of a proven match-winner like Bumrah is just a matter of time. He was given the Indian team’s training Jersey as he bowled for close to an hour to Pant, Manish Pandey and Mayank Agarwal at the nets.

There was no Virat Kohli, Rohit Sharma and KL Rahul during the optional training session.

With coach Ravi Shastri and national selector Devang Gandhi keeping a close eye, Bumrah didn’t show any visible discomfort as he worked up brisk pace to trouble Pant and Agarwal.

Meanwhile, Shaw was asked to take some high catches given by fielding coach R Sridhar. There were a few he didn’t attempt but overall he didn’t seem to have attained the peak fitness levels that captain Kohli demands from every member of the senior team.

Bumrah’s reintegration may be a matter of time but for Shaw, it might just be some more way to travel and runs alone won’t suffice. 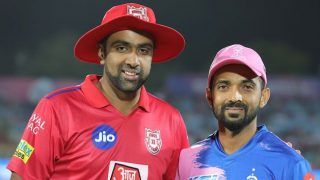 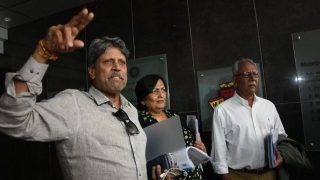