Javagal Srinath: The Only Indian Who Did Justice to The Term 'Fast-Bowler' in the 90s

Javagal Srinath: The Only Indian Who Did Justice to The Term 'Fast-Bowler' in the 90s

Unlike Shoaib Akhtar or Brett Lee - Srinath rarely had words or stare-downs with batsmen. In fact, he was usually quite soft-spoken.

Javagal Srinath was one of the fastest Indian bowlers throughout the 1990s, if not the fastest. He was the only Indian pacer who give the Australians and the South Africans a taste of their own medicine and is also the only pacer from the country to have taken more than 300 ODI wickets.

Before the likes of Zaheer Khan and Jasprit Bumrah entered the scene – there was just one name – and that was Srinath. Popularly known as the Mysore Express, he was also someone who could wield the willow and do it well.

He could also win games with the bat with his cameos and was a pinch-hitter to the core.

They say fast-bowlers hunt in pairs and that is where he lost out as he did not have someone who could create that impact from the other end. Yet, he won India matches on his own.

Unlike Shoaib Akhtar or Brett Lee – Srinath rarely had words or stare-downs with batsmen. In fact, he was usually quite soft-spoken.

Among the many laurels, he won throughout his illustrious career, Srinath was presented with the Arjuna Award, one of India’s highest sporting honours in 1996.

He was a rarity in a nation known to produce the best batsmen – Sunil Gavaskar and Sachin Tendulkar are just two among the many gems India produced.

After hanging up his boots as a player, Srinath took on the role of match referee in 2006. He continues to perform the duties even now and is well-respected across the circuit. 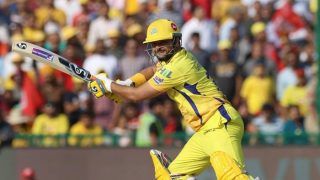