Renowned poet and lyricist Javed Akhtar, who earlier criticised former cricketer Virender Sehwag for his comments on Delhi University student Gurmehar Kaur, has called him a “great player” and said he was retracting his harsh comments. Gurmehar is in the eye of a storm over her stance against student outfit Akhil Bharatiya Vidyarthi Parishad (ABVP). Virender Sehwag on Gurmehar Kaur: Everyone has right to express their views

“Since Sehwag undoubtedly a great player has clarified he was just being facetious and is not anti-Gurmehar, I take back my rather harsh words,” Akhtar posted on Twitter on Thursday night. Akhtar earlier called Sehwag “a hardly literate player” indirectly after the cricketer trolled Gurmehar.

The post went viral online. She also held a poster, saying ‘Pakistan did not kill my dad, war killed him’.

Following this, Sehwag on February 26 posted his image holding a placard which read: “I did not score two triple centuries, my bat did,” and said: “Bat me hai Dum! Bharat Jaisi Jagah Nahi (Bat has power! no place like India).”

Akhtar didn’t seem to have liked Sehwag’s post and tweeted: “If a hardly literate player or a wrestler troll a pacifist daughter of a martyr it’s understandable but what’s wrong with some educated folks.” 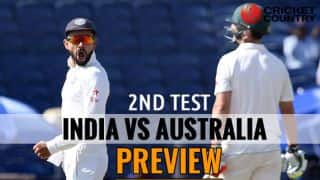 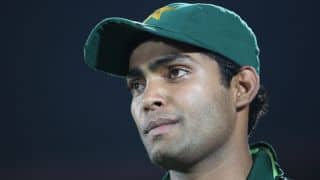 Umar Akmal again in news for misbehaving with police