Pakistan's former captain and now director-general cricket in the Pakistan Cricket Board (PCB), Javed Miandad has dismissed talks of revenue sharing with India for the coming one-day series, and lauded the BCCI for inviting his nation to play. 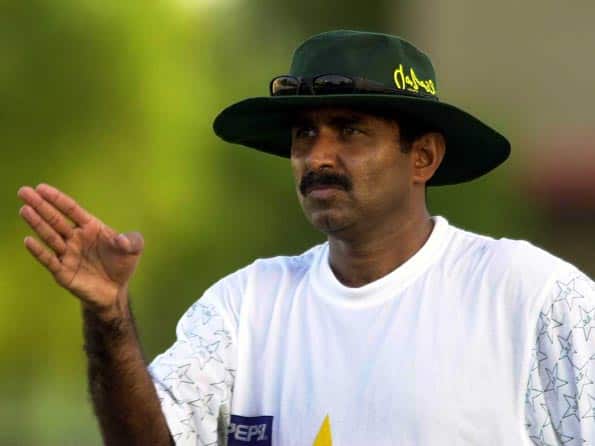 Pakistan’s former captain and now director-general cricket in the Pakistan Cricket Board (PCB), Javed Miandad has dismissed talks of revenue sharing with India for the coming one-day series, and lauded the Board of Control for Cricket in India for inviting his nation to play.

“What is most important now is that bilateral cricket ties resume between the two countries. Money is not the issue right now,” Miandad said.

The former batsman who was given additional powers and responsibilities last week by the PCB chairman, insisted that it was useless talking about whether Pakistan will get any financial gains from the coming series in India.

“I don’t think money matters now… what is important is we resume playing against each other,” he added.

Miandad said the Indian board had acted sensibly and shown a big heart by inviting Pakistan to play in India.

“Pakistan and India matches are very important for the sport on a whole because whenever these two teams play against each other people remain at home to watch the matches and the impact is felt worldwide,” Miandad stated.

Former chairman of the board, Ijaz Butt has led a campaign that included some former players wanting the PCB to talk about revenue sharing with India for the series, starting from December 25, that would mark the resumption of bilateral ties between the two countries.

Butt has warned that either the PCB should convince the Indian board to give them a share of the revenues earned from the series of three ODIs and two T20 matches or get an irrevocable commitment from the Indians that they will play Pakistan in 2013 at a neutral venue.

But Miandad insisted that Pakistan cricket will get the benefit of playing India soon.

“This time we might be playing India without any financial gains but I am confident that once bilateral ties resume it will benefit Pakistan cricket in the long run,” Miandad added.

“The benefits of playing India on regular basis will be felt soon. As it is no international team is touring Pakistan because of security issues and that has caused Pakistan cricket great harm,” he said.

The DG cricket said that once India and Pakistan resume playing it will also send out a very positive message to the rest of the cricketing world.

“Right now we are not earning any major profits from playing our home series in the UAE. But what is important now is that we resume playing India and I am sure the money will follow later when India agree to tour Pakistan.”

Miandad said the PCB chairman, Zaka Ashraf needed to be applauded for his single minded efforts to convince the Indian board to resume bilateral ties with Pakistan.

“Zaka Ashraf has worked hard in this direction since he took over and deserves credit for finally getting the Indians to resume playing us,” he added. (PTI)