Miandad also criticised the infrastructure in Pakistan that is hindering cricket's growth.

While a lot of cricketers, former and current, have praised Rahul Dravid and his India Under-19 boys for their spectacular performance in lifting the World Cup title, Javed Miandad believes young cricketers should not be given star cricketers as coach. In a recent interview with The Times of India, Miandad explained that the cricketers at a tender age must focus on the basics of the game. He also criticised the infrastructure in Pakistan that is hindering cricket’s growth: “Having a coach like Rahul Dravid sounds very exciting but I have never been a great supporter of big name coaches at such a level. At this level, it more about guidance than someone teaching you the basics of the game as that should have been done at the earlier stages of a player’s development. In sports, teams lose and get relegated in leagues, but the blame is never put on coaches alone. The fact is that if your raw material i.e. the quality of the players for the team is questionable then how can one expect a coach to fix that and make them a winning unit?”

Miandad defended the Pakistan Under-19s, who lost the semi-final to India by a large margin: “The loss to India in the ICC Under-19 World Cup was by a big margin of 203 runs which is hard to take but if truth be told, our team was lucky to have progressed that far given the inexperience of our players. Of course, victory and defeat are part of any sport, but we need to accept that there was a huge difference in terms of skills between both teams. India is a huge country with a bigger population than Pakistan, yet our players are able to challenge India in cricket which tells me that we have the potential, but we simply do not have the system that can support and get the best out of that potential.

“From the lack of good training facilities to sub-standard wickets, the problems that our youngsters face in playing cricket are just indescribable. We have children starting to play cricket in side streets instead of learning their game in proper grounds. When people understand how our kids learn their cricket, then they will understand the reason for our current cricketing issues. I am sorry, but the present-day authorities due to their unprofessional behaviour have destroyed the system that used to produce teams which could beat the top teams of the world like the West Indies at a time when they were unbeatable.” 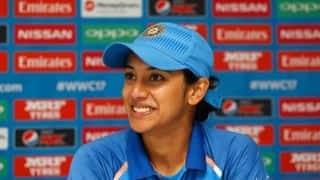 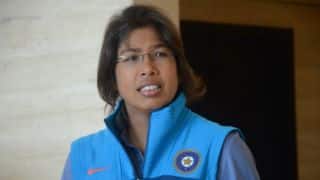 Jhulan Goswami: Each of my 200 ODI wickets is special