Miandad said Afridi's batting form would be crucial for Pakistan.

Former Pakistan batting legend Javed Miandad has supported the decision to reappoint Shahid Afridi as the Twenty20 captain but cautioned the all-rounder against taking the position for granted.

Afridi was sacked from the post in 2011 after a bitter feud with then coach Waqar Younis.Miandad said Afridi’s batting form would be crucial for Pakistan and that the flamboyant all-rounder should be careful in his approach.

“He should focus especially on his batting and improve it,” Miandad was quoted as saying by The Dawn.

The Pakistan Cricket Board (PCB) said the 34-year-old Afridi’s appointment was for two years, until the World Twenty20 in 2016.Miandad, a former PCB director-general and coach, also advised the board not to rush into a decision regarding the ODI captaincy.

“If a slot is empty and appointment has to be made than the player who is in focus for the spot should be called and interviewed about how can he make the team better. Appointments should be performance-based only,” he said.

Miandad said under-pressure ODI captain Misbah-ul-Haq should focus on his performance on the field to respond to his critics in the upcoming series against Australia.

“Don’t repeat the mistakes that were made in the Sri Lanka series,” was his advise to Misbah.

Miandad also said without the banned Saeed Ajmal, Pakistan’s bowling attack would be weak. He observed that the role of the batsmen will be even more important because of Ajmal’s forced absence against Australia.

Pakistan will start their tour against Australia next month with a T20 scheduled on fifth Oct 2014 at Dubai Cricket Stadium, UAE. 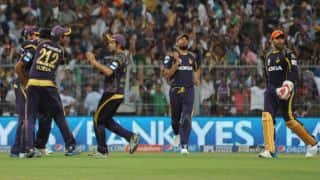 Gautam Gambhir : KKR's CLT20 campaign is for Jammu and Kashmir 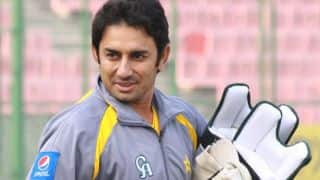