Thomson said he was urged to return for Queensland when he was coach of the side.

Australian fast bowling legend Jeff Thomson has revealed that he almost made a shock comeback to First-Class cricket 20 years ago at 42 years of age.

Making the point that strike spearheads do not have to burn out early, Thomson claimed that he was urged to return for Queensland when he was coach of the side in 1992, six years into First-Class retirement, before the plan was vetoed by Queensland’s Sheffield Shield selectors.

According to News.com.au, Thomson had been bowling in the nets to the players when they decided to push for his return and he said that Carl Rackemann, Craig McDermott and Allan Border had wanted him make a First-Class comeback, despite his age, as he was the fastest bowler “going around”.

However, Thomson said further said that letting the trio make the decision was his worst choice ever as he did not sleep properly that night with nightmares of getting laughed at, adding that he was relieved when the then-chairman of selectors said that he cannot play because of the team’s youth policy.

The report mentioned that current pace sensation Mitchell Johnson‘s rampaging form has raised questions of how long he can stay at the top of his game, for cricket has rarely seen such a hurricane force, although Thomson, who retired from Test cricket at age of 35, believes Johnson has the potential to double his current career total of 57 Tests. 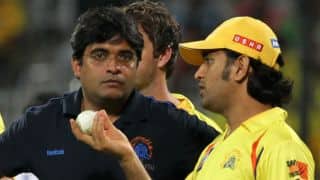