Mithali Raj will lead the side while Harmanpreet Kaur will be her deputy.

Jemimah Rodrigues has been included in the 16-member India Women squad for ODIs in South Africa. India will be playing a three-ODI series against South Africa, beginning from February 5. These matches will be a part of the ICC Women’s Championship. Mithali Raj will lead the side while Harmanpreet Kaur will be her deputy. Apart from Sushma Verma, the selectors have also picked a back-up wicketkeeper in Taniya Bhatia. She comes in place of Nuzhat Parween.

Madhya Pradesh’s Pooja Vastrakar has also received a call-up in the squad, replacing Mansi Joshi. Mansi is undergoing rehab as she injured her knee during the Challengers Trophy. Before the first ODI, India Women will play a warm-up on February 2 at Bloemfontein. The first two ODIs will be played at Kimberley while the last ODI will be held at Potchefstroom.

The teams will also be playing a five-match T20I series as well after the ODIs. 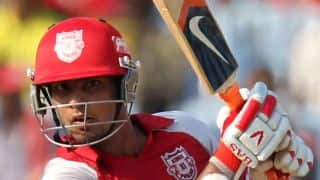