Ryder was playing for his home team Otago in a Plunket Shield match.

Just hours after his dumping from the Black Caps squad, batsman Jesse Ryder‘s woes were compounded with a golden duck for Otago.

Ryder was dropped from the New Zealand squad for the second test with India following his night out with Doug Bracewell in Auckland.

Ryder was one of three Otago players who failed to score in the Plunket Sheild match versus Central Districts at Nelson’s Saxton Oval.

Coach Mike Hesson, clearly irked at having to discuss off-field issues rather than his team’s 40-run win over India at Eden Park, confirmed Ryder and Bracewell would not be considered for the second test starting in Wellington on Friday, reports stuff.co.nz.

Bracewell has a broken bone in a foot, the circumstances of which remain unclear, while Ryder has been stood down pending the completion of an investigation into their night out on Thursday, test eve.

The second-test squad will be named on February 12, including a new batsman and bowler, possibly the Canterbury pair Tom Latham and Hamish Bennett. 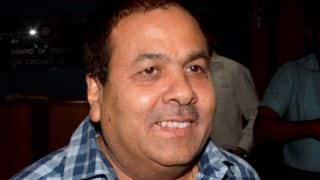