Western Warriors began their JLT One-Day Cup campaign with a win over New South Wales Blues with skipper Ashton Turner scoring an unbeaten 70 off 55 deliveries after the bowlers restricted NSW Blues for 204 in 43.4 overs.

For NSW, No.8 batsman Daniel Sams top-scored with 62 off 60 deliveries. Middle-order batsmen Nick Larson made 36 and Jack Edwards made 32. At the top, skipper Kurtis Patterson added 23.

for Western Warriors, opener Josh Philippe made 59 while Ashton Agar made 28. Sams had a good match with the ball as well claiming three for 46 while Mickey Edwards, Steve O Keefe, and Moises Henriques claimed one each. 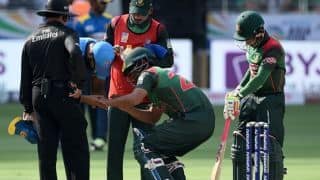