The England and Wales Cricket Board's proposal to introduce a new format, tentatively titled "the Hundred", with 15 regular six-ball overs and one 10-ball over.

London: England captain Joe Root says controversial plans for a domestic 100-ball competition could attract a new audience to Test cricket. The England and Wales Cricket Board’s proposal to introduce a new format, tentatively titled “the Hundred”, with 15 regular six-ball overs and one 10-ball over, has proved divisive since an announcement last week but the England skipper is on board with the idea.

One of the fundamental aims of the ECB is to simplify the game for a fresh audience, specifically women and children, and Root thinks if the format takes off it could lead to interest in the longer forms of the game. “It’s going to appeal to a completely new audience and I think that’s great,” Root told the i newspaper. “The more people and kids we can get into sport, the better.

“We’ve got to be very careful we don’t measure it against the other formats… it’s something to gather a new audience and gain interest, not a threat to other formats. As players, working with the ICC (International Cricket Council), we’ve got to make sure the other formats don’t suffer but it has a place in the game and, hopefully, we’ll see that over time.

“There will be people that compare it to Twenty20 and worry it might take away interest from Test cricket, but it’s important to remember it will bring new people to the game.

“It might be someone who didn’t know much about the game before and then goes on to watch a Test match and gets immersed in that. That’s the way I’d like to look at it.” 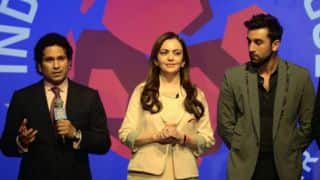