After the first two English wickets, many expected West Indies to rip what they had sown. Instead, the Edgbaston crowd on Thursday witnessed a Joe Root-Alastair Cook show as the two talented Englishmen scored centuries to push the team s score to 348 for 3 at stumps.

After the first two English wickets, many expected West Indies to rip what they had sown. Instead, the Edgbaston crowd on Thursday witnessed a Joe Root–Alastair Cook show as the two talented Englishmen scored centuries to push the team s score to 348 for 3 at stumps. The first day-night Test being played in England with a pink ball had already created much excitement about the Test and England dominated on the opening day of the Test, despite the early tremors. At stumps, Cook is unbeaten at 153 with Dawid Malan batting at 28.

Mark Stoneman s First-Class average of 34.76 and his recent form of 67, 57, 47, 30, 58, 86 in the last six First-Class innings he batted in made him the talk of the Test besides the new features of the match. However, Kemar Roach got the better of the debutant, ripping apart the bails of his off-stump off an absolutely brilliant full length delivery. As the ball moved a little, beating Stoneman s bat, the batsman knew all he would take back from his first international innings were the two boundaries he had hit in the first over of the same bowler. Cook, at the other end, found another short-lived support of Tom Westley. The 2-Test-old had scored a half-century in his debut series against South Africa, showing promise of more. But this time, he got a Miguel Cummins delivery plumb on front pad. Though Marais Erasmus did not agree to West Indies appeal, Holder s review overturned his decision, showing the ball would have gone on to hit the middle and leg stump. Both Stoneman and Westley contributed with 8 runs each. England were reduced to 39 for 2. Came in, Joe consistent Root.

The game took a 180 degree turn as the two graceful batters notched up a 50-run partnership. Neither looked troubled, nor nervous due to the early wickets. Well-bowled deliveries, by the virtue of placement and timing, and a splash of sheer class, found their way to the ropes all-around the park, let alone those who offered the slightest bit of room to the two. The partnership, in no time, snowballed to 100 and by the end of second session, Root had hit his 13th Test ton.

It was again Roach, who, after several futile bowling changes one by Jason Holder, broke the partnership. He sure had beaten Root, alluring him to drive one and finding the gap to his stumps, but the damage was done. England were only 13 runs short of 300, with more than 15 overs of the day s game still remaining. Root and Cook had built the tenth highest partnership for the third wicket for England in Tests.

Cook continued the damage further with newbie Dawid Malan. Though West Indies produced edged here and there off Malan, they either fell short or were dropped, producing no result. With seven of the Englishmen yet to bat, West Indies are neck-deep in trouble and need to use the morning breeze to produce some movement early on Day Two to cease the run-feast sooner than late. 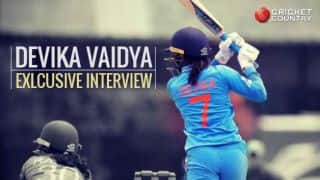 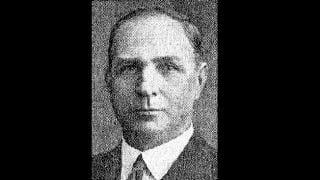