Joe Root said there wasn't one explanation that slapped one in the face for the poor show.

Joe Root was at a loss to explain why England had batted so badly against Sri Lanka in the second One-Day International (ODI) at Chester-le-Street on Sunday. England were bowled out for just 99 as Sri Lanka cruised to a huge 157-run victory in the second ODI to level the five-match series at 1-1 after the hosts won in a rain-affected opener in London at The Oval.

“There isn’t one [explanation] that slaps you in the face,” he said. “I think there are little things from a personal point of view that we can work on Wednesday in practice and try and iron out.

“What we’re expecting is to come back strong on Wednesday and show how good a side we can be. We should be able to win in these conditions.”

Root himself was stuck on the back foot when Lasith Malinga knocked back his off-stump for a third-ball duck on Sunday but the player himself didn’t think a radical alteration to his technique was required.

“I’m feeling pretty happy with my game. I’m still learning, as you always do, but I’ve got a reasonable idea of what my role is within the side and it’s not always going to be exactly the same every game,” Root said.

“That’s why I like it. You’ve got to adapt and make sure you can play the situation, whether you’re coming in for the last 10 overs or near the front. I have to make sure I’m prepared to do both.

“Obviously yesterday [Sunday], I possibly could have got forward … [but] I am not too worried about the way I got out. I’m just going to make sure it doesn’t happen again. It’s pretty simple really.” 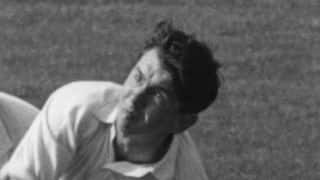